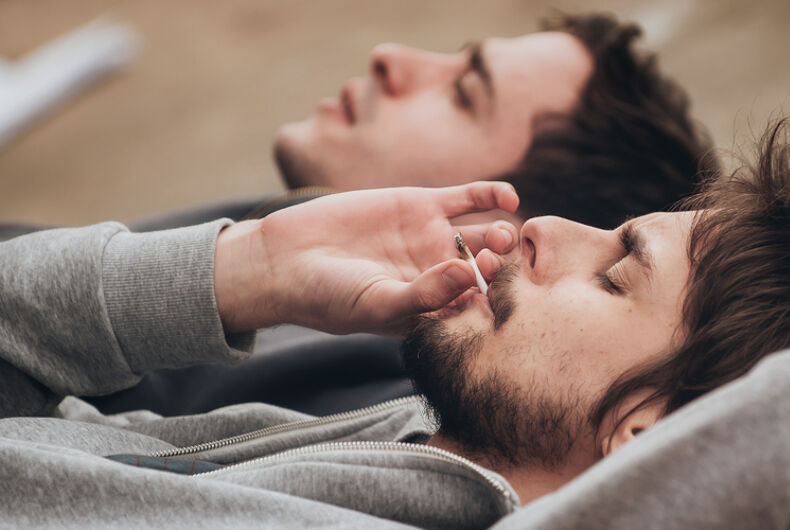 After years of the “War on Drugs” and nearly a century of staunch anti-marijuana policies, the United States is nearing full legalization of cannabis substances in medical and recreational form. Nearly half the country now lives in states where marijuana is legal.

All of this progress builds on decades’ worth of work by committed activists, with gay activists playing an outsized role in the push for legalization.

In 2021 alone, New York, New Mexico and Virginia have passed legislation that the possession or use of recreational cannabis is legal. Legislation is advancing in Louisiana, Minnesota and Rhode Island.

The U.S. House of Representatives has passed a bill legalizing cannabis, and Senate Majority Leader Chuck Schumer (D) has pledged to move ahead with the bill in the upper chamber, despite President Joe Biden’s (D) reluctance on the issue.

As with a lot of progressive policies, San Francisco was at the forefront of marijuana acceptance. The city’s large gay population wasn’t incidental to that cause. In many ways, it was the reason for it.

The effort to legalize marijuana ramped up considerable with the advent of AIDS in the 1980s. Treatments for the disease were poor at best.

Marijuana emerged as a legitimate treatment for pain and loss of appetite that were common with AIDS. Activist and hospital volunteer Brownie Mary toured the wards at San Francisco General Hospital, offering cannabis brownies to AIDS patients.

The person who did the most to push for legalization in the Golden Gate City, and eventually all of California, was Dennis Peron, who became known as the gay ‘father of medical marijuana.’

Peron was a Vietnam War vet who sold medical cannabis out of a storefront in the Castro. Seeing the benefits of cannabis for people with AIDS, Peron organized a statewide measure to legalize medical cannabis. That initiative passed in 1996 with more than three-quarters of the vote.

The issue was personal for Peron. His partner died from AIDS.

Having the largest state legalize medical marijuana was the start of broader acceptance for usage in all forms. While it wasn’t all that hard to get approved for medical usage, the move from legalizing medical cannabis, to legalizing recreational, became shortly inevitable.

Ironically, Peron opposed legalizing recreational marijuana, on the grounds that all usage was medicinal.

The speed in which attitudes changed around both issues is remarkably similar. At the turn of the century, about a third of voters supported legalizing cannabis and a third supported marriage equality. Both issues are now supported by two-thirds of Americans.

One significant split on the issues: a majority of evangelicals support cannabis legalization, while still opposing LGBTQ rights.

Changing societal attitudes is time-consuming work, as LGBTQ activists can attest to. It’s no wonder gay men like Dennis Peron applied those same lessons to the quest to legalize marijuana, and with the same winning effect.

Unhinged GOP lawmaker arrested after trying to be a substitute teacher. He terrified the students.

A trans woman sitting outside is gunned down in the open. A murder suspect is on the loose.