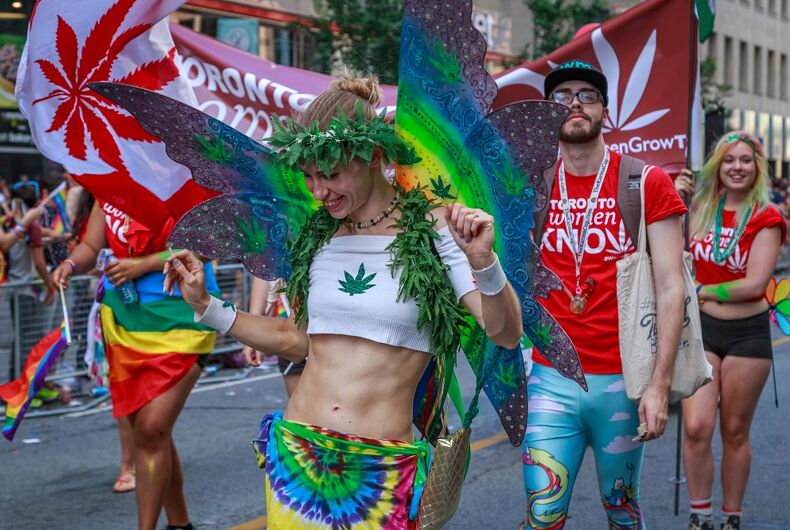 A new Gallup Poll found that Americans think it’s more morally acceptable to smoke marijuana than it is for two men or two women to have sex.

Over the past two decades, American attitudes towards both LGBTQ people and cannabis have changed significantly, and a poll released this week found that most Americans think that being gay and smoking weed are morally acceptable.

“Regardless of whether or not you think it should be legal,” the survey asked about a long list of topics, “please tell me whether you personally believe that in general it is morally acceptable or morally wrong.”

More Americans believe that “smoking marijuana” is morally acceptable than “gay and lesbian relations” – 70% compared to 66%.

The differences comes from conservatives. While self-identified liberals in the poll were about equally supportive of LGBTQ people and cannabis – 84% and 83% of liberals said they were morally acceptable, respectively – less than half of conservatives (43%) said that gay relationships are moral while just over half (51%) were fine with marijuana.

The survey asked about several other sexuality and relationship issues, several of which were deemed morally acceptable by more people than homosexuality: sex between men and women who aren’t married (72%), divorce (77%), and birth control (90%).

But gay and lesbian relationships are seen as more acceptable than several other sexuality-related topics, including abortion (44%), sex between teenagers (38%), pornography (36%), and polygamy (20%).

Support for the moral acceptability of gay and lesbian relationships has risen in the survey since Gallup started asking about it in 2001. At the time, only 40% of Americans said “homosexual behavior” (Gallup’s wording at the time) was morally acceptable.

A majority – 52% – said that homosexuality was morally acceptable for the first time in 2010.

The poll was conducted by phone this past May and involved 1028 respondents.

Pride in Pictures: Bear-ing with love

Oppose LGBTQ rights? Trump campaign advisor says you should vote for him