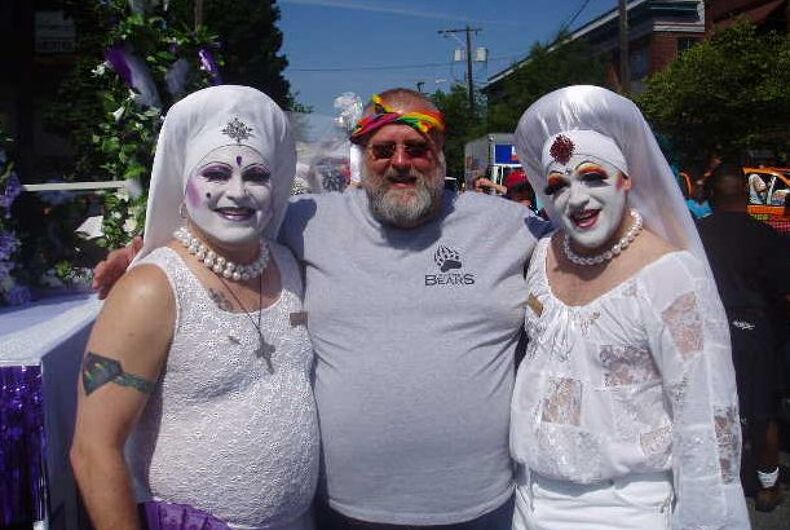 “I did not ‘come out’ until 1996, when I was about 44 years old. My first Pride event was actually the following summer in 1997, and I have not missed one since – however, I cannot find any pictures of my first few Prides.

“These pictures are from the 2004 Seattle Pride parade, my first with my new partner at the time. I marched down the streets of Seattle’s Capitol Hill with the Northwest Bears. I will never forget how empowering it was for me to have thousands of people – who didn’t even know me – waving and cheering and yelling for me as we all walked by.

“That’s why 25 years later, I still never miss a pride parade. Somewhere in that parade is someone who just came out – I want to make sure they get the same kind of support I did.”

How did we get here? WorldPride celebrates 20 years during Global Pride

Americans think marijuana is more “morally acceptable” than being gay