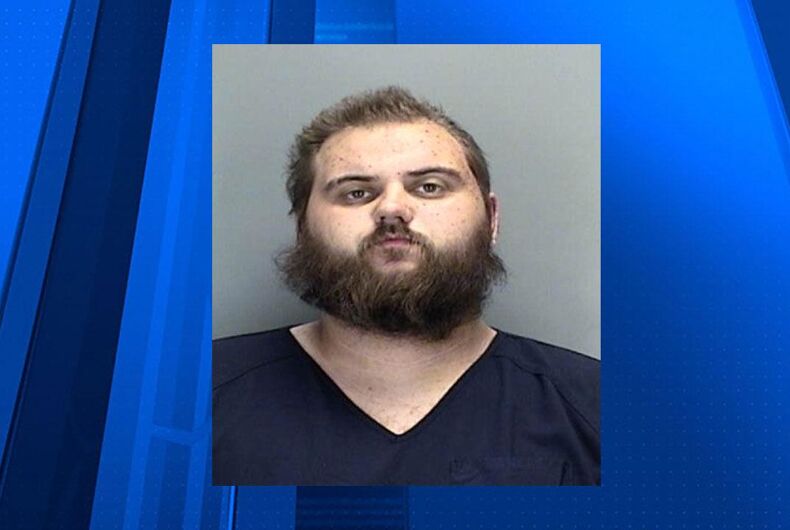 Kenneth Peden III has been arrested and charged with kidnapping and killing a transgender teen. Peden also allegedly shot another man before kidnapping Oliver “Ollie” Taylor.

Multiple local news sources misgendered Taylor, describing him as a girl and using his deadname instead of the correct one.

Related: IMDb announced that it will no longer deadname transgender celebrities

Peden reportedly shot Arik Reed in the abdomen and before kidnapping Taylor and fleeing in a pickup truck. When officers located the vehicle, Peden led them on a chase while shooting at police cars. More shots were exchanged when the truck pulled over.

Peden eventually gave up and officers say neither he nor Taylor were shot by police, claiming that Taylor was shot by Peden. Several bullets ripped through multiple vehicles during the shootout. No officers were injured.

Taylor passed away after a week in the hospital.

His death is at least the 26th violent death of a transgender or gender non-conforming person in 2021 according to the Human Rights Campaign.

“We continue to receive reports of transgender and non-binary people who have been killed so far this year, and the level of violence that we’re seeing is horrible and unacceptable,” Tori Cooper, HRC Director of Community Engagement for the Transgender Justice Initiative, said. “Oliver was just at the beginning of his life, a life that never should have been cut short. This is a tragic loss for Oliver’s friends, family and community. This violence must cease.”

“In an injustice compounding this tragedy, Oliver has been misgendered in some media and police reports. Anti-transgender stigma is exacerbated by callous or disrespectful treatment by some in the media, law enforcement and elected offices. According to HRC research, it is estimated that approximately three-quarters of all known victims were misgendered by the media and/or by law enforcement.”

Requests for comment sent to both FOX 12 and Oregonian reporters who deadnamed and misgendered Taylor inquiring why they would deliberately provide inaccurate information to their readers were not returned.