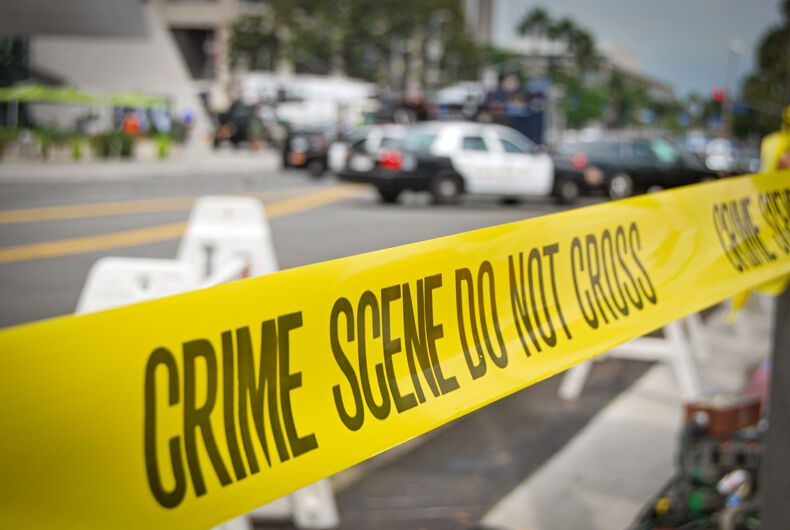 Trans communities around the nation, in some of the largest cities in the world, are in mourning at the loss of two trans and gender non-conforming people over the last week.

Tiara Banks was one of two murdered on the night of April 21 in Chicago. Natalia “Smüt” Lopez was killed on April 23 in San Jose, California, and someone she was in a romantic relationship with has been arrested. Tiffany Thomas was shot and killed at a Dallas carwash on April 24.

While acknowledging that she was a trans woman, Chicago police did not publicly identify Banks for five days after her murder, claiming that they had not yet notified her family or next of kin, until they did so yesterday.

The Human Rights Campaign (HRC) identifies Banks as at least the sixteenth trans or gender non-conforming person to face a violent death or be murdered in 2021 so far.

According to WGN, Banks was operating her car and was stopped at an intersection in the West Pullman area when her murderer stepped to the vehicle and opened fire, reports indicate. Her death came less than 30 minutes after someone else was shot in the same vicinity, and that victim also died. It is not confirmed that the two shootings are connected.

“Losing yet another member of our community to senseless acts of violence against transgender people, particularly Black transgender women, is both painful and incredibly frustrating,” said Tori Cooper, the Director of Community Engagement for HRC’s Transgender Justice Initiative.

“At just 24 years old, Tiara had her whole entire life ahead of her and, instead, we are remembering her because of the ongoing fatal violence against transgender people. We must continue to urge everyone to call an end to the alarming rate of fatal trans violence.”

The Howard Brown Health Center, the “largest LGBTQ health center” of the Midwest, wrote in a Facebook post that they are also mourning her death and stressed that we are in an epidemic of “anti-trans violence, especially violence against Black transgender women, that has been at crisis levels for far too long in this country.”

Banks is the third known trans woman in Chicago to lose her life this calendar year, following Tyianna Alexander and Courtney “Eshay” Key in January. Alexander, Banks and Key were all Black trans women.

Natalia Lopez, known on-stage as Natalia Smüt, was reported dead on April 23. A vigil was held for her by friends and family outside the San Jose City Hall on April 24. More than 100 people reportedly attended.

Lopez, 24, was a Black and Puerto Rican trans non-binary drag artist and renown performer. She was described as “fabulous,” “young” and “so full of life” by her friend Kiara Ohlde, who is operating a GoFundMe crowdfunding effort on behalf of Lopez’s sister, Vanessa Singh. A potluck and campaign toast was held on April 25 by the Project More Foundation.

“We cannot say too much, as her death is under criminal investigation and this is extremely hard to make,” Ohlde wrote. “Her beautiful soul and presence is no longer here on earth with us anymore but she is forever in our hearts.”

According to information Ohlde included in an update to the crowdfunding effort, the Milpitas Police Department classified Lopez as the victim of a “domestic violence homicide.” Her apparent partner, Elijah Segura, has been arrested and is currently being held on homicide charges after calling 911 himself.

In the morning of April 24, an unresponsive body was reported at a car wash in the Redbird area of Southwest Dallas. In a deleted tweet, a photojournalist known as @FOX4Terry online reported that officers reported the victim as a trans woman.

Other observers noted that the victim, known as Tiffany Thomas, “presented as female” but local media at CBSDFW.com and WFAA followed police and reported the victim as “a man” and making no note of the victim’s reported trans identity. Dallas News spoke to Thomas’ cousin and shared photos, identifying her as a cisgender male.

A photo of Tiffany has since been released by police, acknowledging that she at least presented as a feminine person.

In a statement to Dallas Voice and Planet Transgender, police acknowledge that the victim “identified as Tiffany” but still deadnamed and misgendered her. The department further said in their statement that “according to next of kin, the victim does not identify as a transgender individual.”

Detective Andrea Isom said that “she was not at liberty to speak to the victim’s gender expression,” although the department has already done so. Dallas Police Department LGBTQ+ Liaison & Community Engagement Officer Chelsea Geist repeated the statement of Tiffany’s family that she is not transgender, but acknowledged online that “it is definitely possible” that she did identified as trans.

“If anyone knows anything else regarding the incident and victim, we please ask them to contact the homicide detective ASAP,” Geist tweeted.

Howard Brown Health mourns the death of Tiara Banks, a member of our community who was killed in the West Pullman…