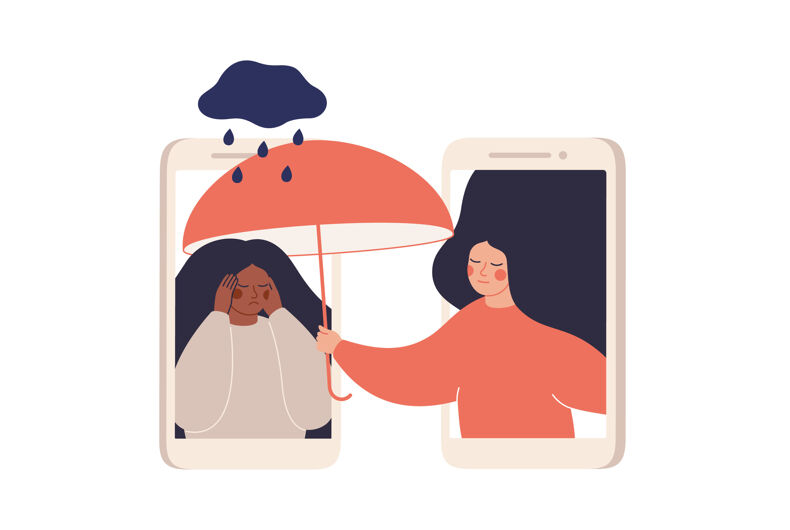 Shortly following their high school graduation in Southern California, two 18-year-old young men, best friends since childhood, drove to a casino just crossing the Nevada line where they intended to play video games before returning home the next day.

After engaging in the games for a while, one of the friends, Jeremy Strohmeyer, walked toward the restrooms. Seeing that he entered the Women’s room, the other young man walked in to see what Jeremy was doing. He noticed that Jeremy was playfully throwing wadded paper towels at a young black girl, who seemed at first to have enjoyed the attention.

Related: This black man tricked a neo-Nazi group into making him its leader. Now he’s working to shut it down

But then the scene turned violent. Strohmeyer grabbed 7-year-old Sherrice Iverson, placed his hand over her mouth, and spirited her into a toilet stall as David Cash watched by the sinks. He entered an adjacent stall and mounted the toilet edge allowing him to peer down as he saw Jeremy continuing to muffle the girl’s screams and hearing as he warned Sherrice to keep quiet or he would kill her.

Not wanting to get involved, Cash returned to playing video games. He did not attempt to stop his friend from attacking the young girl. He did not seek help or call law enforcement officials. He calmly played games and waited the 20 minutes it took for Jeremy to return. David asked Jeremy what had happened.

“I killed her,” Jeremy asserted with a certain serenity in his tone on that summer evening in 1997. Soon thereafter, the two friends coolly entered nearby casinos where they enjoyed mechanical rides and continued to play video games until it was time for them to return home.

With the assistance of the video security system implanted at the casino, Strohmeyer was eventually caught, tried, and convicted to life imprisonment for rape and murder. Cash, on the other hand, was never indicted because inaction was not a crime in Nevada at the time.

In reaction to the case and the lack of charges against Cash, Richard Perkins, Speaker of the Nevada Assembly, sponsored the Sherrice Iverson bill requiring Nevadans to notify law enforcement if they witness violent acts committed against a child. The law took effect in 1999, and a similar measure passed in California one year later.

Questioned on a CBS 60 Minutes segment, “The Bad Samaritan,” in 1999 that if given a chance, would he do things differently, Cash said, “I don’t feel there is much I could have done differently.” Asked a similar question during an interview on a Los Angeles radio station, Cash gave a similar reply and added:

“How much am I supposed to sit down and cry about this….The simple fact remains that I did not know this little girl. I do not know starving children in Panama. I do not know people dying of disease in Egypt.”

The Long Beach Press-Telegram quoted Cash as saying that he wanted to sell his story to the media. One movie company already had offered him $21,000, and he added. “I’m no idiot,” he declared. “I’ll (expletive) get my money out of this.”

In not taking action to intervene on behalf of Sherrice Iverson, David Cash colluded in her death.

The Franciscan Brothers of Krosno

My good friend, a historian in my ancestral town of Krosno, Poland sent me excerpts of records written by the Franciscan Brothers of Krosno. The excepts record events during the Nazi occupation of 1939-1945.

The following excerpts, which she translated from the original Polish, focus on the Nazi’s Jewish ghetto, which was constructed in the crowded quarters of 12 small buildings placed only meters from the Franciscan Cloister.

Following the Nazi’s transporting 2100 Jews to the woods where they shot them and shipping others onto cattle cars for transport to Auschwitz-Birkenau and Belzec Concentrations camps, they placed approximately 600 Jews, including my great-grandfather Wolf Mahler and my friend Alexander Białywłos-White, the latter who is one of only three remaining “Schindler Jews” now at the age of 96.

Alexander told me that the Nazis shot my great-grandfather Wolf in the head, even though the death certificate states “diabetes.

Read below of the “compassion” of the Franciscan Brothers who had preached for centuries of Jews “killing the Lord.”

Today was a real judgment day for Krosno jews. In the morning, around 6.00 they were told to gather on the market square with only 10 kg of luggage. There, they [Nazis] surrounded them and started to sort – the old separately, men separately, women and children separately. Elderly people, some men and women were put in the cars and taken to the nearby forests, where they were shot immediately, some were put onto the stockcars/cattle wagons and deported some place, and the rest, who was able to work, came back with the police to so called “ghetto”, organized on the Franciszkanska Street. They walled up both sides of this street, they made some gates and there they put the rest of jews.

Today they did the same in Korczyna [neighboring town]. They led Korczyna jews through Krosno. The view was horrific, they were hit with rifle butts, whips, sticks. It was God’s punishment, cause they were treated exactly like they treated Our Lord Jesus.

Jews and Jewish women keep on coming to our cloister, to hide them, to hide the children or some stuff, but of course we did not comply with their request, cause it’s under pain of death.

Today is the 1st Friday of the month, so we held a service to the Holy Heart of Jesus like every month, so we sang our mass in front of the Blessed Sacrament that was put out on the altar of the Jesus’ Heart, about 8.00, people sang our psalms. The only trouble for the mass and a holy confession were screams of Jews from the ghetto, that was finally liquidated today. Father Guardian congratulated Father Ambrose on his name-day.

Empathy Is the Antidote

Though I have studied the Holocaust and other genocides, until I discovered the case of David Cash, I always had the gnawing and seemingly unanswerable question pulling at me, “How could these incidents have taken place throughout the ages”?

David Cash and the Franciscan Brothers taught me that mass murders happen on the macro level when people on the individual and collective micro level let them happen, when witnesses — so-called “bystanders” — do little or nothing to intervene. When people either allow their fear or reluctance to “get involved” to supersede their empathy.

Resisters who defy authority for a higher purpose, such as people who engage in either violent or non-violent disobedience, do so with the clear understanding that they must accept responsibility for their actions.

Mahatma Gandhi, the Reverend Dr. Martin Luther King, Jr., Nelson Mandela, Miep Gies, Sojourner Truth and all the other brave conductors on the Underground Railroad, peace activists, conscientious objectors, security leakers like Daniel Ellsberg and Edward Snowden, they know full well the consequences their actions could trigger, but they likewise understood and committed themselves to work for a greater cause and a greater truth than the laws and mores they challenged.

But what about those people who claim never to have experienced incidents of marginalization, of feelings of being, looking, or thinking differently from others in certain contexts in their lives? Would they find the empathy hill steeper and more difficult to climb? I believe not!

As we understand in psychology, unless there is a developmental delay, infants demonstrate the rudimentary beginnings of empathy whenever they recognize that another is upset, and they show signs of being upset themselves. Very early in their lives, infants develop the capacity to crawl in the diapers of others even though their own diapers do not need changing.

Though empathy is a human condition, through the process of socialization, others often teach us to inhibit our empathetic natures with messages like “Don’t cry,” “You’re too sensitive,” “Mind your own business,” “It’s not your concern.” We learn the stereotypes of the individuals and groups our society has “minoritized” and “othered.” We learn who to scapegoat for the problems within our neighborhoods, states, nations, world.

Through it all, that precious life-affirming flame of empathy can wither and flicker. For some, it dies entirely. And as the blaze recedes, the bullies, the demagogues, the tyrants take over, filling the void where our humanness once prevailed. And then we have lost something very precious, but something that is not irretrievable in many people, not irrevocable.

David Cash and the Franciscan Brother represent the termination of empathy on the individual micro level, resulting not only in the possible preventable rape and murder of a young girl and the brutal murder of Jews, but the death of the soul of those who did not intervene. And when the demise of empathy comes from powerful leaders, the consequences, on the macro level, become exponentially deeper, toxic, and tragic.

Cash and the Franciscans come from the same mold as former President of the United States, Donald Trump. In addition to their obvious narcissistic sociopathic personalities, their lack of empathy overrides their beliefs and actions.

Our previous President knew early of the deadly potential of the Coronavirus, but he decided to lie to the public while failing to mobilize any discernible national policies and actions over concerns for stock markets over the health and safety of the people.

Empathy has always served as an antidote to the poison of prejudice, discrimination, stereotyping, and scapegoating, and to bullies and demagogues who take power and control. Empathy is the life force of our humanness.

Without that life force, horrors envelop the world and good people and cultures die.