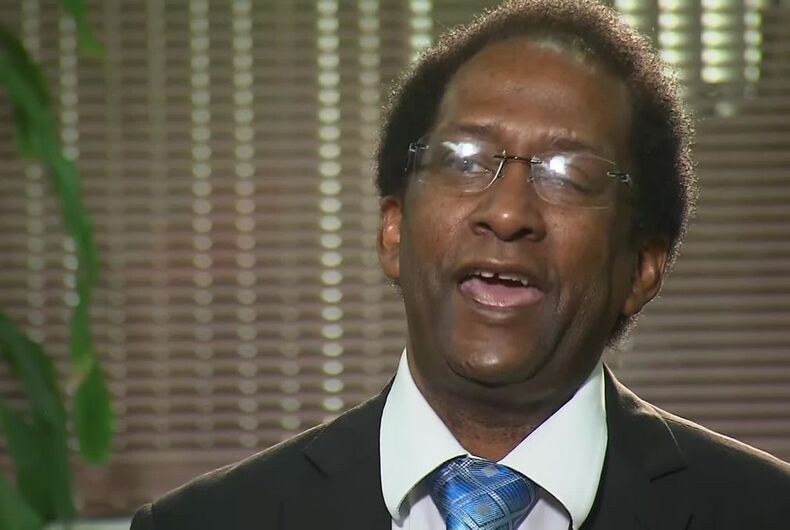 A 54-year-old black civil rights activist named James Hart Stern was recently unveiled as the president of the National Socialist Movement, a national neo-Nazi group, after he convinced its former leader of 24 years, Jeff Schoep, to legally sign over its control in mid-January 2019.

Now that he’s president, Stern has asked a judge to find the group guilty of conspiring to commit violence at the Unite the Right rally in Charlottesville in 2017—the violence there resulted in one death and at least 38 injuries. The group has denied the charge.

If Stern succeeds, he plans to work with Jewish historians to transform the group’s website, “visited by millions of white supremacists each year, into a space for Holocaust history lessons,” according to The Washington Post.

Schoep says Stern “deceived” him into signing over control by saying that he’d help end the lawsuit against the group. Conversely, Stern claims that Schoep wanted to hand over control because the group’s lawsuit, its declining membership and its shrinking public profile amidst the rise of other alt-right white nationalists like Richard Spencer had made it a thankless and burdensome legal liability.

Schoep says Stern has zero access to the group’s social media and website (though Stern says this is a lie and has reportedly offered lawyers full access to its social media to help their case against it). Schoep plans on filing a legal challenge to re-assume leadership over the group, but he may be busy seeing as he’s a defendant specifically named in the aforementioned lawsuit.

Interestingly, this isn’t the first time Stern has taken over a racist group to help dissolve it. While serving in prison for a wire fraud charge in the early 2000s, Stern “befriended his cellmate and onetime Ku Klux Klan Grand Wizard Edgar Ray Killen, who had been convicted in the 1964 killings of three civil rights workers,” reports The Washington Post.

Killen gave Stern “power of attorney over his life story and estate,” and after he was paroled, Stern “used his legal discretion to dissolve the Klan organization that Killen once led.”

Stern’s story has earned him comparison to Spike Lee’s recent film BlacKkKlansman in which a black police officer infiltrates the KKK. Stern has called himself “a race whisperer.”

Needless to say, neo-Nazis (including those in the National Socialist Movement) are rabidly racist and anti-LGBTQ.

Only 20 U.S. states use this proven method of reducing suicides among gay, lesbian & bi youth