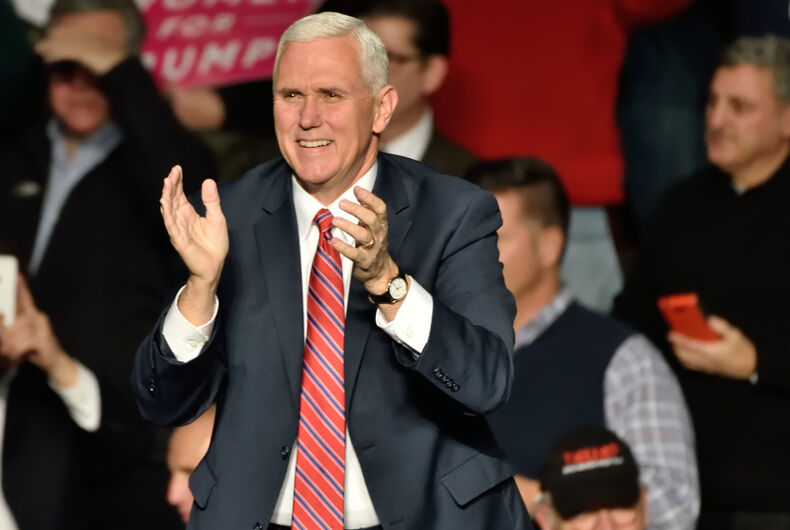 Pence’s books will be about himself and “his journey as a Christian,” but not any policy issues facing the country. The first book will recount his time in the Trump administration while the second will be autobiographical.

“Vice President Pence’s life and work, his journey as a Christian, the challenges and triumphs he has faced, and the lessons he has learned, tells an American story of extraordinary public service during a time of unrivaled public interest in our government and politics,” Simon & Schuster vice president Dana Canedy told The Guardian.

“His revelatory autobiography will be the definitive book on one of the most consequential presidencies in American history.”

As part of his question for the presidency, Pence has launched a new political advocacy group meant to promote “traditional Conservative values.”

Pence’s Advancing American Freedom group will focus on traditional religious right issues along with economic and foreign policy. Abortion and “religious freedom” advocacy against LGBTQ rights will be a large aspect of the group’s planned attacks on President Joe Biden’s progressive agenda.

“Advancing American Freedom plans to build on the success of the last four years by promoting traditional conservative values and promoting the successful policies of the Trump administration,” Pence said in a statement to the Washington Examiner. “Conservatives will not stand idly by as the radical left and the new administration attempt to threaten America’s standing as the greatest nation in the world with their destructive policies.”

The group reportedly has former President Donald Trump’s blessing despite their falling out after the MAGA riot at the Capitol building. As insurrectionists stormed the building, threatening to hang Pence for not unilaterally overturning the results of the presidential election, Trump remained silent while Pence was in danger. The two men reportedly did not speak again until after Trump left office.

Trump’s blessing may have been greased by Pence’s deal since the first book will glorify the Republican administration. It might be the former president’s best chance for his abysmal leadership to be spun with a positive light.

Trump has reportedly had problems landing his own book deal as publishers worry about employee and talent walkouts, public blowback, the difficulty of fact checking the notoriously untruthful former president and his tendency to screw over business partners. He also reportedly would demand an astronomical advance fee.

Pence was mocked for his blind obedience to Trump, but he said that the group will tout his ties to the Trump administration as part of his effort to woo supporters to his camp.

Joe Biden addresses transgender community: “I see you, I hear you, and I’ll continue fighting”