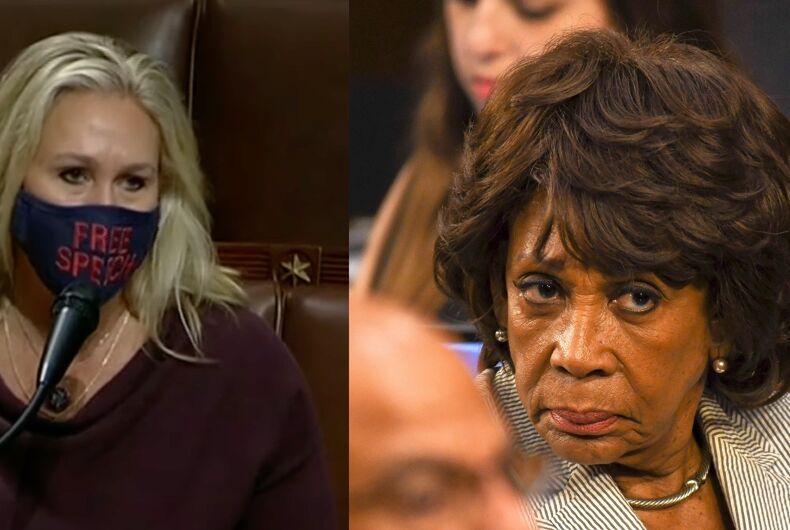 Rep. Marjorie Taylor Greene’s (R-GA) latest publicity stunt is claiming that she will file a resolution to expel Rep. Maxine Waters (D-CA) from Congress. It has no chance of succeeding.

While Greene, a Q-Anon believer with a long history of espousing outlandish conspiracy theories and making blatantly untrue statements currently serving her first term, Waters is a longtime member of Congress and civil rights champion.

In a statement released on Sunday, Greene said she will “be introducing a resolution to expel Rep. Maxine Waters from Congress for her continual incitement of violence.”

Waters spoke to protestors demonstrating over the latest police shooting of a young Black man, Daunte Wright, in Minnesota.

Minneapolis police officer Derek Chauvin is currently on trial for the killing of George Floyd by kneeling on his neck until Floyd suffocated. Tensions in the city have been high and Wright’s death has only increased the pressure for justice.

Waters told reporters she was “going to fight with all of the people who stand for justice,” because, “we’ve got to get justice in this country, and we cannot allow these killings to continue.”

Greene claims that Waters’s statements serve as an exhortation for rioting and violence against police and national guard troops. This is ironic considering how Greene herself faced criticism for fanning the flames of the January 6 Capitol Riots, referring to it as a “1776 moment,” a reference to the American Revolution, and promoting conspiracy theories that President Joe Biden stole the 2020 presidential elections.

The Jerry Falwell Jr. saga continues. But the real focus should be on Liberty University.