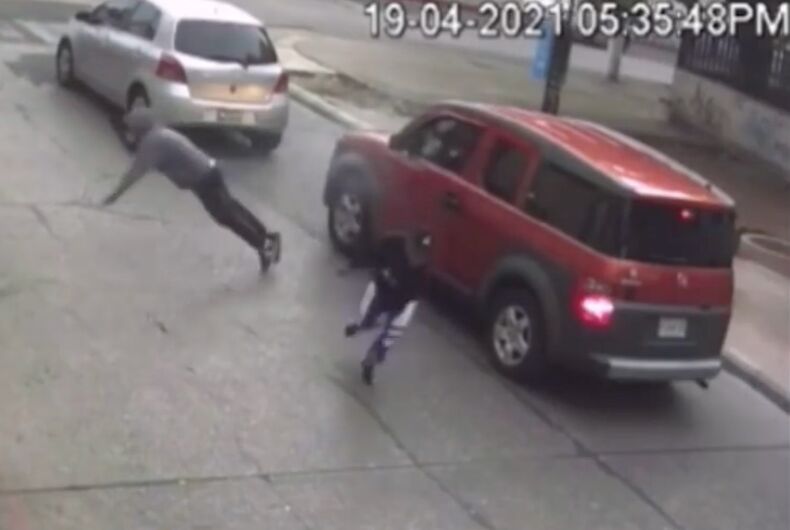 An armed robber falls back after being shot by Congressman Aldo Dávila's bodyguards as another robber flees the scene.Photo: Screenshot

A frequent target of threats, the country’s only out gay legislator travels with armed bodyguards – as the robbers soon found out.

“This is the first attack that has happened to me,” Dávila told the Associated Press. “I constantly receive threats for work but no more than that.”

Security video shows the robbers rushing the car with one of the men holding a bag covering what appears to be a gun. The men surround the vehicle and start to pound on the windows when a shot is fired from inside the vehicle and one of the assailants falls back into the street.

The other robbers fled the scene.

“I’m fine, a little scared,” Dávila said after the attack. “They approached from various sides, I threw myself to the ground and my guards, fortunately, repelled the attack.”

Local activists say it isn’t clear if the attack was politically motivated or just a robbery gone wrong. They note that Dávila is a reformer who is frequently targeted by the opposition party.

Police arrested 20-year-old Fernando José Barreno at the scene. He was taken to the hospital with gunshots to his shoulder and back.