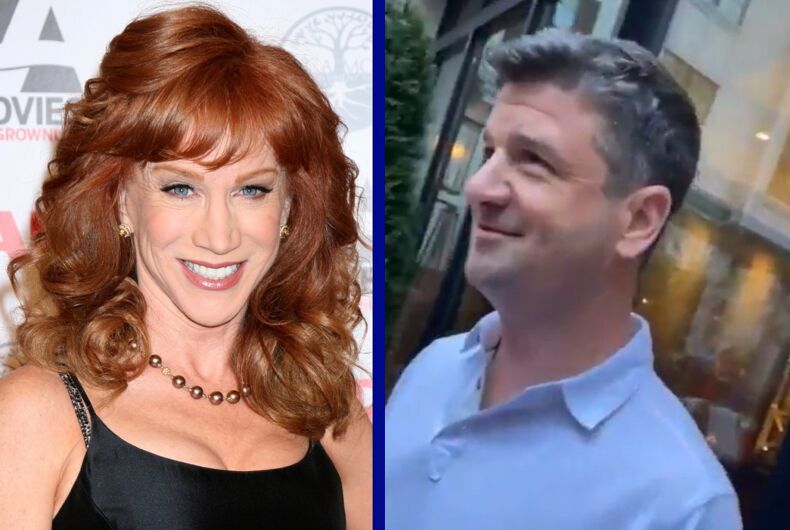 Update: Sam Johnson, CEO of VisuWell, has been fired.

Video of a Nashville executive harassing a gay couple at a prom has gone viral, and even comedian Kathy Griffin has called out the arrogant CEO.

“You look like an idiot,” Sam Johnson, 46, CEO of the telemedicine platform VisuWell, can be heard telling student Dalton Stevens, who showed up at Franklin High School’s prom in a red dress.

“We went to this hotel close to where we live and we got a lot of good photos and we were there for about an hour and right as we were about to leave we standing outside in this little middle area with a bunch of buildings surrounding us,” said Jacob Geittmann, Stevens’s boyfriend who recorded the video and posted it to TikTok.

Geittmann said that Johnson started “going on and on” with “homophobic banter” like “You look disgusting, you look ridiculous, you look like an idiot. Men shouldn’t be wearing this.”

The rightwing backlash is inevitable. It’s how we handle it that matters.