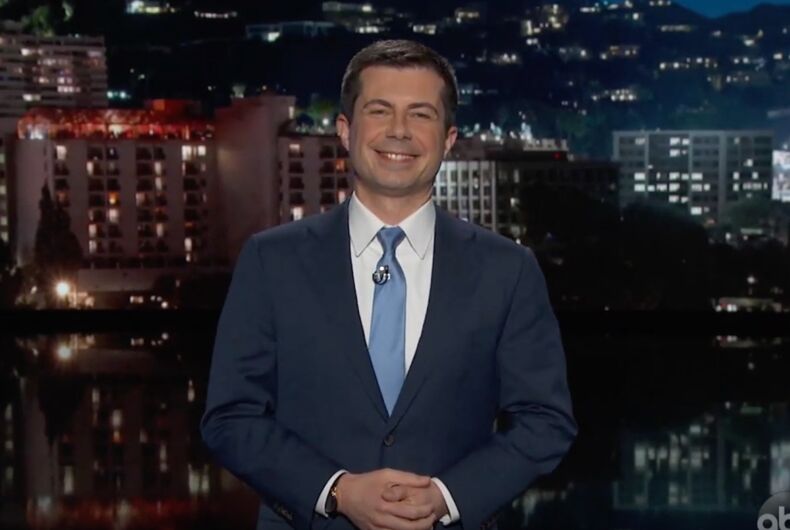 The out former presidential candidate is making friends in Washington, D.C. as he settles into his new gig as part of the administration, but one of them stands out: President Joe Biden’s notoriously temperamental pooch, Major.

After answering some questions about what America’s infrastructure actually entails, Buttigieg found himself answering questions about Major. Buttigieg and his husband, Chasten, have two pooches of their own that were featured frequently in the men’s social media posts.

“First time I went in for an Oval Office meeting, Major was there and said a quick hello. We got along pretty well,” Buttigieg told TMZ‘s Harvey Levin. “I haven’t yet had a chance to introduce him to Buddy and Truman, our dogs.”

Major has been in the doghouse for nipping at staff and security personnel and got shipped back home for rehabilitation a few weeks ago. The German Sheppard is the first shelter dog to live at the White House.

When Levin asked if he’d been bitten, Buttigieg laughingly put up his hands to show he still had all of his fingers.

“I know there’ve been some stories about him,” Buttigieg said. “But my interactions with him have been great.”

Secretary Pete also reported that Buddy and Truman are “enjoying the dog park scene” after their move to D.C. thanks to “a lot of smells and sounds they weren’t used to back in Indiana.”

Rosie sold her mansion for a $1M loss. It will be torn down & replaced with affordable housing.