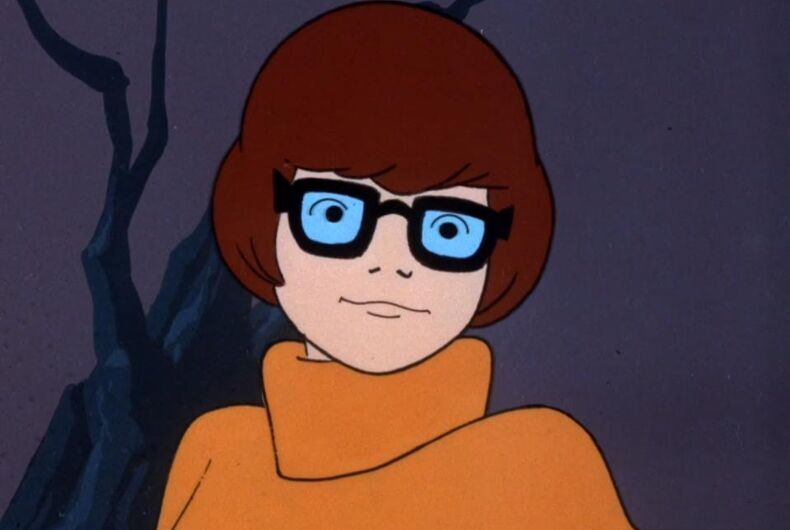 Ellen dropped an anvil on straight people when she publicly revealed all the gay cartoon characters on her show.

With HBO Max announcing they’ll be making a show about Velma Dinkley from Scooby Doo, the internet has erupted as everyone debates whether or not the character is a lesbian. And as the self-described “nation’s leading expert on gay,” Ellen knew the answer.

Related: A burglar robbed Ellen DeGeneres’ mansion while she was taping her show in the home studio

“People online are once again debating whether Velma is a lesbian,” Ellen started. “So here are my thoughts. First of all, she’s a cartoon character so no one should really care about her sexuality. Secondly, just ’cause she wears those clothes and has short hair doesn’t mean she’s a lesbian.”

“And third, obviously, she’s a lesbian.”

“Come on. Velma, she’s on our team. She does all the things lesbians do. She has short hair. She has thick glasses. She solves mysteries. She’s basically the Rachel Maddow of cartoons,” she continued. “I heard that she’s trying to get the rest of the gang to trade in the Mystery Machine for the Subaru Outback.”

But why stop with Velma? Questions have swirled around several characters and Ellen is willing to set the record… straight.

“First, there’s Peppermint Patty,” Ellen said. “Let’s look at the evidence here. She wears Birkenstocks. Her name is Patty. Her best friend calls her Sir, which is short for Sir-iously gay.”

“Another allegedly gay cartoon character is Spongebob Squarepants,” she continued. “Nickelodeon even tweeted out a picture of Spongebob on Coming Out Day, so they seem to support this theory. He spends a lot of time with his friend Patrick. He has a pet snail. I don’t know if that’s gay. It just sounds like it is though. I mean, who has a pet snail?”

But what about the rumors that Elsa from Frozen is a lesbian?

“I’m not sure why this rumor started in the first place,” Ellen quipped. “I guess as soon as a Disney princess doesn’t spend the entire movie pursuing a man, that makes her gay.”

That’s when she launched into the long list of characters that straight people may not have figured out were gay.

Last year, the writer behind the 2002 Scooby-Doo film said that he tried to make Velma explicitly lesbian, but the studio rejected it and made her straight.