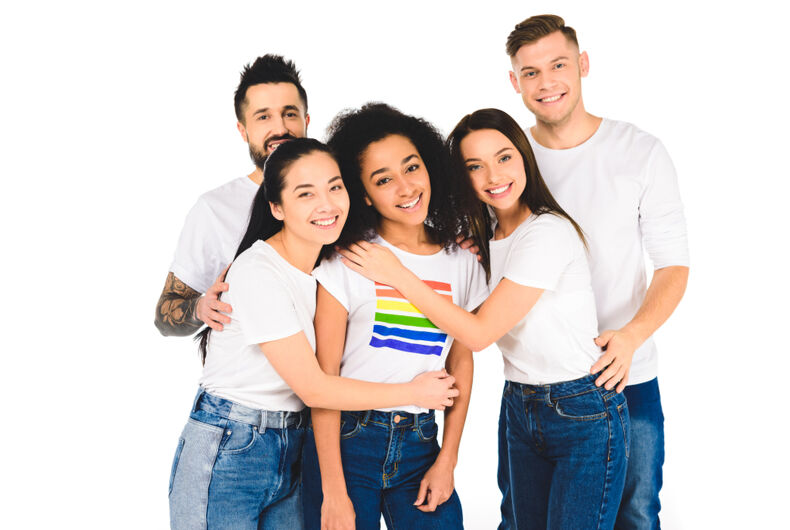 Almost all young people would support a friend if they came out as transgender, a new study found.

Just Like Us, a LGBTQ youth charity based in the United Kingdom, surveyed youth from the ages of 11 to 18 throughout 375 schools and colleges. They released their findings on March 31, the Transgender Day of Visibility.

Related: 4 pro tips for how to be the best trans ally possible

Of the 2,934 pre-teens and teens surveyed, about 1,140 of them identified as LGBTQ, close to 39 percent of the total group surveyed. Most of them are in the equivalent of American middle and high school.

Eighty-four percent of the responding youth responded that they would support their close friends if they came out to them as transgender, they reported. Ninety-six percent of LGBTQ participants also said the same, and 76 percent of those not identifying as LGBTQ.

Some respondents gave detailed answers to why they chose their positions.

A respondent that identified as lesbian responded, “I’ve seen previous friends dealing with transphobia and now want to support others so the same thing doesn’t happen as much.”

“Being transgender isn’t really a choice,” one straight respondent stated. “If we are close friends then we are close friends for a reason and them being trans wouldn’t change that. It would have no negative impact on my life so there is no reason for me to not be as supportive as possible and make them feel comfortable.”

Another student who doesn’t identify as LGBTQ stated, “I don’t think it really makes a difference — they’re still the same as they were before, just more honest.”

They continued, “it would have no negative impact on my life, so there is no reason for me to not be as supportive as possible and make them feel comfortable.”

More than half of the respondents — 57 percent of them — added that they already have a friend or peer who is trans.

Asked if they believed their teachers would be supportive of a trans student when they came out, about 76 percent said they do.

“We are really glad that, with this independent research, we are able to shine a light on the opinions of young people themselves and how supportive they are of their trans peers,” said Dominic Arnall, chief executive of Just Like Us.

“The last few years have shown an increase in tensions and hostility towards trans people – particularly trans young people. This research shows that thankfully, for the most part, the majority of young people are supportive of their trans peers,” Arnall added.

“Secondary school age young people are clearly incredibly supportive of trans people and would have no problem with a friend coming out as trans. We hope that this is positive motivation for parents, schools and the media at large to embrace trans and all LGBT+ young people and accept them for who they are.”

Just Like Us is responsible for running the School Diversity Week celebrations throughout the United Kingdom in June, this year taking place from June 21 to June 25.

Today we're celebrating some positive news – our independent research has found that the majority (84%) of young people are pro-trans 👏https://t.co/4UH4Sjlc1V

More than half (57%) of young people say they already have a friend who is trans! 84% say they would support a friend coming out as trans and 76% think that their teachers would be supportive of a pupil coming out at their school.