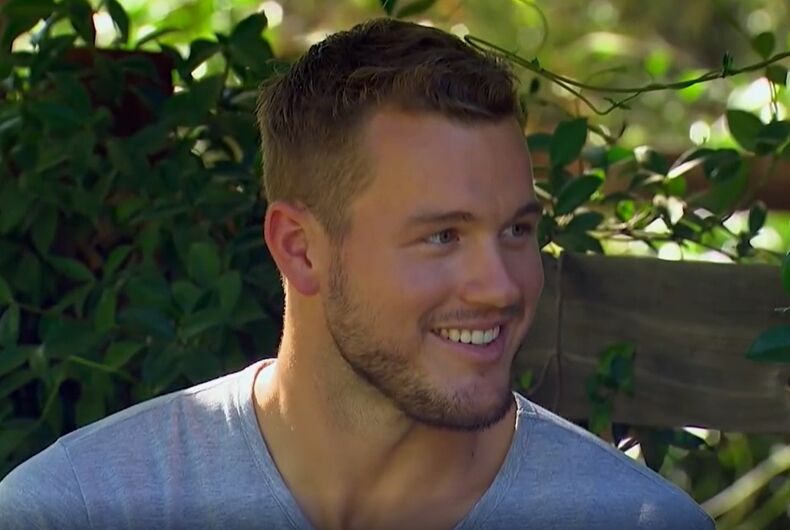 Just after Bachelor star Colton Underwood came out this morning as gay, a clip of out comedian Billy Eichner calling him gay is getting attention online. While the original tweet was taken down, we’ve got the full segment below.

“I’m gay, I know that’s a shock,” Eichner told Underwood in an unearthed the clip from The Bachelor. “And that, I think, you should look into. Maybe you’re the first gay Bachelor and we don’t even know!”

“Put that in your promo,” Eichner joked as Underwood looked incredibly nervous.

The panic in Colton Underwood… every gay has felt this pic.twitter.com/xB0GJPiFFm

The clip brought back some memories for LGBTQ people on Twitter.

I felt in growing up when kids would call me gay. I didn’t want it to be true. Turns out it was and I wouldn’t change a thing!

Oof this hit deep and I don’t even follow the bachelor universe. The absolute terror he must’ve been going through at this moment

Underwood appeared on three seasons in the Bachelor franchise, starring in season 23 of The Bachelor where 30 women competed for his affection. He had already earned himself the title of “the virgin bachelor,” setting him apart from most of the hundreds of other people who have appeared in the franchise.

Eichner made a guest appearance on a camp-themed episode – which was also fairly prescient in hindsight – and asked Underwood about being a virgin.

“You’re a virgin,” Eichner asked in the segment, who said yes. “Never even like a one-night….”