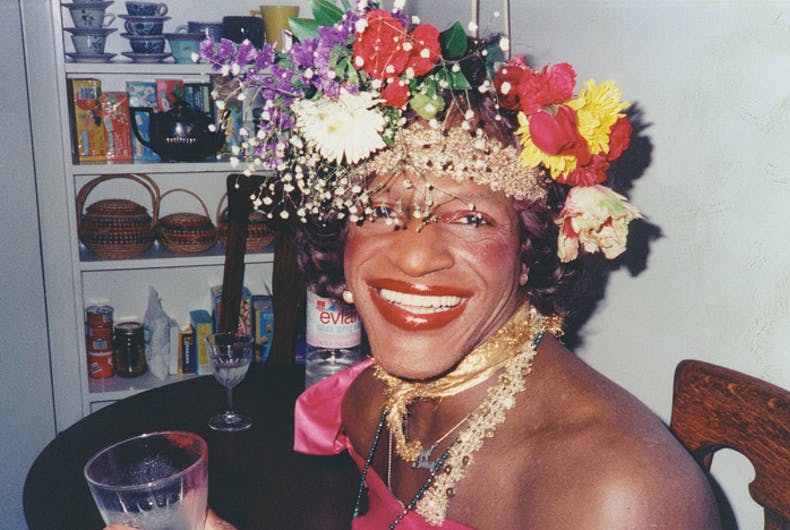 When Minnetonka Middle School East language arts teacher Colin Perucco highlighted Marsha P. Johnson during his “Person of the Day” segment on the school’s e-learning platform, he couldn’t have guessed what would happen.

A parent recorded the lesson and sent it to a rightwing website, unleashing a firestorm of blowback from the religious right. Perucco, however, has one big ally: the students.

Related: Chasten Buttigieg’s story of being confronted at work has Twitter sharing their own stories

As conservative parents and websites have tried to whip up public outrage, his students and co-workers have rallied around him.

While the parent told the Daily Caller “there is no excuse to bring any of this into the classroom” and that she “finds the political atmosphere of classrooms inexcusable,” parents shot back that the parent’s disregard for the safety of Minnesota’s school staff and students was an egregious violation of school policy.

“I have no concerns about Perucco’s ‘Person of the Day’ or his choice to highlight Marsha Johnson,” parent Beth Robertson-Martin said. “I was shocked that a parent would record something from an e-learning environment since it’s expressly prohibited by the school district in order to keep our students and teachers safe.”

“I was even more shocked that they would share that video with a propaganda blog given the innocuous nature,” Robertson-Martin, who sits on the PTO’s diversity and inclusion committee, added.

As the manufactured outrage over the 2.5 minutes dedicated to Johnson’s life grew, Principal Pete Dymit sent an email saying he had “received many emails from parents, students and community members concerned about the negative attention” Perucco had received.

“I want to let all MME families know that I feel Mr. Perucco is an excellent teacher who is highly committed to supporting the academic, social and emotional development of our students. He is loved by his students, respected by his peers, and I look forward to having him as a part of our staff for many years,” he said.

While Dymit voiced support, the school board has remained silent and parents and activists both wonder what message that sends to students and teachers.

“It is imperative for our district board to issue a statement stating that they stand with our BIPOC and LGBTQ+ community members and that attempts to intimidate and silence teachers who stand for equity and who teach inclusive content will not be tolerated. The board’s silence on this issue to date is unacceptable,” Robertson-Martin pointed out.

The only statement given by the board’s spokesperson sidestepped Perucco entirely, insinuating that the profile on a legendary Black drag queen and early champion of the LGBTQ rights wasn’t “appropriate.”

“This situation is a result of a systemic practice of punishing those who support equitable education and are creating transformational change,” the Minnetonka Coalition for Equitable Education said in the Facebook post. “How can teachers feel safe to teach students equitably and with anti-oppressive practices if the result is threatened job security, being slandered on the internet, and district administration condemning the teacher (not the bigoted parent) for teaching ‘inappropriate’ content?”

Activists plan to hold a march this evening at the Minnetonka District Service Center to support Perucco and demand the school board do better.

Perucco closed the video lesson with advice to “give a little extra grace to the people around us.”

“We’re all going through this life together. We are all human beings experiencing the world in very different but also very similar ways,” he said.