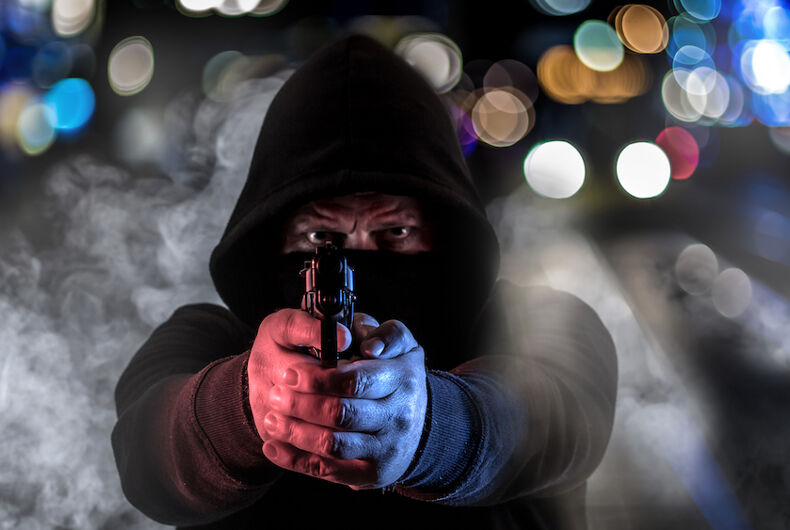 Well, fans of firearms of large military-style semi-automatic rifles to small pistols have taken aim on and have long held the number one ranking in the world in carrying the most civilian-owned firearms per capita of any other nation with 120.5 per 100 people.

Related: Reports of sexual & gun violence are now as common as the daily weather forecast

Collectively as a nation, we are number one in accumulating the most firearms of any place on Earth. With only an estimated 4.43% of the world’s population, a United Nations study showed that ownership in the U.S. equals approximately 40% of the world’s civilian-owned firearms population.

Of an estimated total of 857 million guns owned by civilians in the world, residents of the United States own 393 million.

Yes, indeed, we are number one! But this is not a record we should cheer. No trophies must be given in this home game that so very often results in death, sudden or not. The United States far exceeds all our peer nations in the highest rate of homicides per year with 29.7 per million residents.

During the covid lockdown in 2020, one could reasonably assume that gun-related deaths might have declined. This assumption, however, is wrong. Gun violence took the lives of approximately 20,000 Americans, which surpassed any other year in the past two decades. An additional 24,000 people terminated their lives in gun-related suicides.

While campaigning and after taking office, President Joe Biden and Vice President Kamala Harris have committed to pass gun safety reforms like, for example, universal background check for all firearms sales public and private and the banning of assault-style weapons.

Though polling results show that background checks are nearly universally supported – 97%, including 97% of gun owners – and 67% of those polled support a ban on the sale of assault rifles, with the continuing and entrenched resistance within the Republican Party, the chances for common sense gun safety regulations remains slim.

Following the deadly insurrection on the U.S. Capitol on January 6, 2021, all Senators and House Representatives and their staffs should truly understand on the intellectual and emotional levels what their constituents experience daily across this nation.

Republicans, though, spew the constant claims of the gun lobbyists and most ardently obsessed firearms fans that the parameters of the Second Amendment are vast, and that Congress must not place any limits on their purported God-given rights and freedoms to carry.

But what about the people’s rights to go to school, to work, to shop, to see a movie or live theater, to attend an open-air concert, and to take a walk without fearing they will be killed by someone with a gun? What about our rights to life, liberty, and the pursuit of our happiness?

We wear orange to symbolize the epidemic of gun violence ravaging the country. Throughout the month, organizations plan educational efforts, voter registration drives, and mobilization activities.

We currently live within a neoliberal political climate in which national, state, and local governments are increasingly dismantling regulations for the benefit of the corporate sector’s bottom line rather than to better ensure the safety and health of the people.

While no single or a combination of measures will eliminate firearms deaths and injuries, several policy proposals that challenge the deregulatory trend can substantially diminish the plague of violence:

And I pose a critical question: should gun manufacturers remain exempt from liability? In 2005, Congress passed the Protection of Lawful Commerce in Arms Act shielding manufacturers and sellers from claims in civil courts brought by victims of gun violence.

As we all know, though, the chances for comprehensive common-sense gun reform in the United States is only a pipe dream as long as the gun lobby remains strong, even with the downturn of fortunes of the once mighty National Rifle Association.

A small town voted unanimously to repeal an old anti-LGBTQ law. Then they found another one.