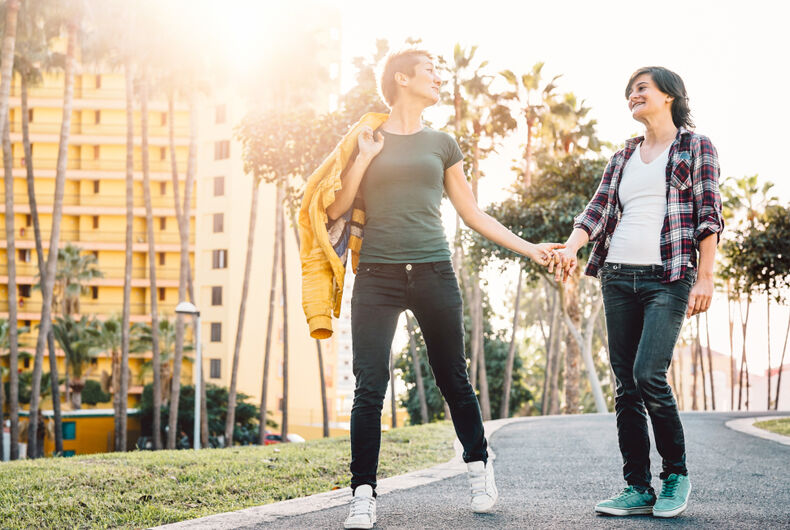 A new study that looked at how bisexual women are affected by the sexual orientation and gender of their partners found that bi women who are in a relationship with straight, cis men are far less likely to be out than other bi women and face the least discrimination.

“There is very little relationship research around bi people’s relationships,” Casey Xavier Hall, a researcher at Northwestern University and the author of the study published in the Journal of Bisexuality, told NBC News. “There are meaningful differences in relationships depending on the sexual and gender identity of bi women’s partners.”

The study surveyed 600 bi women who were in relationships with cis people – because the sample size of bi women in relationships with trans was too small – and broke down the results according to whether a participant’s partner was a straight man, a lesbian, a bi man, a bi woman, or nonexistent (i.e., they’re single).

The survey asked the participants to rate their outness on a scale of “out to nobody” (0) to “out to everyone” (4).

The study also asked participants about their experiences with discrimination, and bi women in relationships with straight men reported the least discrimination than all the other categories.

“The visibility of your identity could be at play,” said Xavier Hall. “If you are visibly queer, you may experience more discrimination.”

The study suggests it could be explained by “vicarious discrimination related to her partner’s sexual identity.” For example, a bi woman might get insulted for being in a relationship with a bi man, which would be like sexual orientation discrimination against her.

The study found that the differences in outness, discrimination on the basis of sexual orientation, and depression held across racial categories.

The study, according to Xavier Hall, shows that research on bi people’s relationships needs to take both their partner’s gender and sexual orientation into account.

“This makes me want to see more research looking at female-female relationships accounting for differences in partner sexual identity to really know if there are differences and to understand what might account for those differences.”