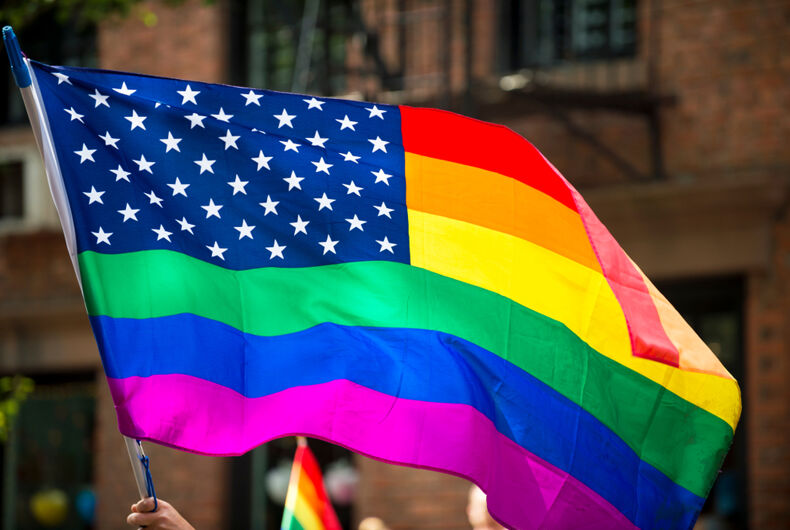 Do you believe your hometown or locale is a friendly place for LGBTQ people? What about your state or territory?

For the seventh year in a row, the Human Rights Campaign (HRC) has released its State Equality Index, which comprehensively details how each state affects LGBTQ people and their families, based on laws and policies that either harm or improve the quality of life. A lot of people may assume their state is friendly, but in reality, 25 states — half of the 50 United States — are rated in the lowest category, meaning they are in “High Priority to Achieve Basic Equality,” HRC said.

“Despite the recent U.S. Supreme Court decision Bostock v. Clayton County, which prohibits discrimination against LGBTQ people, explicit and comprehensive civil rights protections still do not exist for LGBTQ people at the federal level,” HRC wrote with the announcement on January 25. “As a result, the rights of millions of LGBTQ people and their families vary depending on which state they live in.”

The HRC specifies that, despite the court ruling, there are still 27 states where “LGBTQ people remain at risk of facing discrimination due to the lack of statutory protections.”

The laws and policies that HRC typically analyze for the index are in the areas of parenting, religious exemptions, relationship recognition, non-discrimination laws, hate crime and criminal justice laws, youth, and health and safety.

One location that HRC highlighted specifically for making progress toward LGBTQ equality was Virginia. One that regressed that HRC pointed to was Idaho.

“The 2020 legislative session was one of the most unusual in recent memory, given the COVID-19 pandemic. However, despite the shortened sessions in many states, we saw multiple states pass pro-equality laws to protect the LGBTQ community,” HRC President Alphonso David said.

“Although there were anti-LGBTQ laws passed – most notably in Idaho, where the legislature and governor refused to immediately respond to the pandemic and instead spent time passing legislation expressly targeting transgender people – we also saw great progress.”

“For example, the landmark Virginia Values Act passed and signed into law, making Virginia the first state in the South to adopt non-discrimination protections for LGBTQ people,” David noted.

Overall, 19 states received the highest rank given in the index — the “Working Toward Innovative Equality” rating — in addition to the District of Columbia. It doesn’t mean equality is completely protected in these areas, but that they should work toward formalizing equality outside the more common areas where they are needed.

Two states, Virginia and Iowa, were deemed to be “Solidifying Equality,” second to the “Innovative” rating.

The Index looked at activity from 2020 in addition to policies previously in place. That meant states like Georgia received a “High Priority to Achieve Basic Equality” rating like most of the South, although local LGBTQ publication Project Q Atlanta notes that a recent hate crimes law that offers non-discrimination protections in the state was noted by the HRC index, but they “interpreted the law as not including gender identity in its protections.”

According to the publication, HRC stood by its rating for the Peach State when contacted, because the state didn’t explicitly “ensure” some of the non-discrimination rules for LGBTQ people.”

Some states received low ratings despite having locales or municipalities that were considered LGBTQ-friendly. For example, The State News notes for Michigan that “while the state ranked low in the SEI, East Lansing received a perfect score in Michigan in the 2020 Municipality Equality Index (MEI) for their inclusiveness with the LGBTQ+ community.”

Outsmart Magazine, a publication based in Houston, elaborates on what the report means for Texas.

“HRC’s approach to the Texas Legislature is similar during every session, meaning it tries to prevent anti-LGBTQ bills from becoming law while building steady support for pro-equality legislation,” an article states. “But instead of focusing on the many challenges all Texans face, the Texas Legislature continues to waste time putting discrimination on the menu during each session.”

The HRC rating, however, may further motivate Lone Star state lawmakers to take action, Outsmart notes. The recently formed Texas House LGBTQ Caucus made clear to the publication that “the fight for equality in Texas is far from over.”