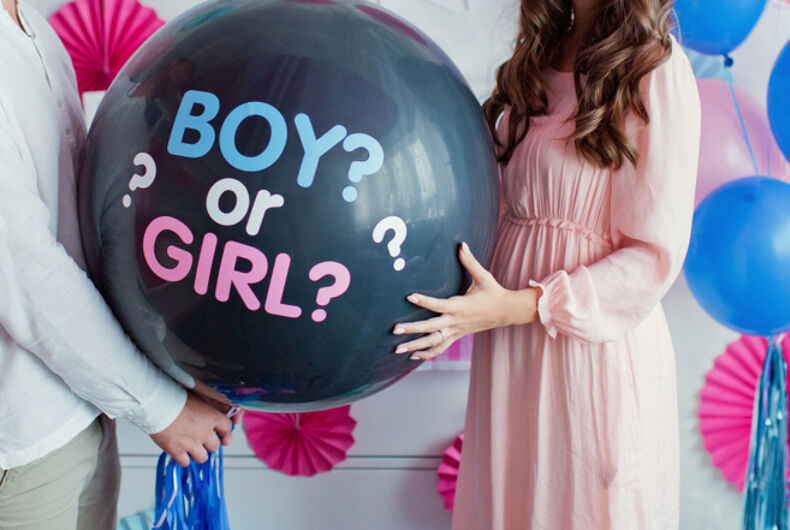 Another person has lost their life due to the gender reveal trend.

Father-to-be Christopher Pekny of Liberty, New York was preparing an explosive device for a gender reveal party when it prematurely exploded. He and his brother, Michael Pekny, were rushed to a hospital, where Christopher was pronounced dead and Michael is being treated.

“My brother Michael and my brother Chris were so incredibly close. ‘Chris and Mike’ — it was one name. They were always, always together,” Peter told the Washington Post.

He understood why Michael, only one year younger than Christopher, was right next to him on February 21 in the latter’s garage as he prepared to welcome his child. The two were preparing a “small” device that would blast the colored dust that would reveal what the child’s sex at birth was expected to be.

The device malfunctioned and exploded, according to New York state police.

Christopher Pekny was 28 years old and would have turned 29 yesterday.

Patrons of the Robin Hood diner owned by his family in nearby Livingston Manor, New York have joined them in remembering the late mason, mechanic, and outdoorsman with candles and flowers. Some recount how he once saved an elderly patron’s life by rushing him to the hospital after he collapsed.

“They all want to be there for us the same way that Chris would be there in a moment’s notice for anyone else, and I think that’s the greatest tribute to the type of person that he was,” Peter said.

We are deeply saddened and must inform you all of the loss of our dear an beloved Christopher.We appreciate the…

Peter said that as a football player in high school, Christopher – who went by the nickname “Frankenstein” – once ran into someone so hard, their helmet broke into two pieces.

“He was finally ready to settle down and he was so happy to be a dad,” Peter said. “He was just this big kid, ready to be a man. And this shouldn’t have happened.”

Peter, who lives over 40 miles away, sped to be beside his siblings once he heard about the accident. No one told him that Christopher had died until he arrived, but he knew the incident was serious when a police officer that pulled him over for speeding, radioed in to verify his story.

The trooper told him, “You gotta go,” and did not ticket him.

“The color completely ran out of his face… he looked like he saw two ghosts,” Peter recounted.

He called this “the freakiest of freak accidents that I could ever imagine.” How the explosion happens remains to be determined, and an investigation is ongoing.

Michael remains in a nearby Middletown hospital. His knee needed reconstruction after the blast.

Earlier this month, a cannon-like device used for a gender reveal at a party exploded, damaging multiple cars in its vicinity and hitting Evan Thomas Silva, 26, of Hartland, Michigan, who was no more than 15 feet away. He later died at a hospital. State Police said that it was believed that this was actually a baby shower, and not an event solely for celebrating the baby’s expected sex.

The death of a firefighter in the San Bernardino Mountains of California last fall was attributed to the El Dorado wildfire, one of several that ravaged the state during one of its worse wildfire seasons in history — and was started by a pyrotechnic device at a gender reveal party.