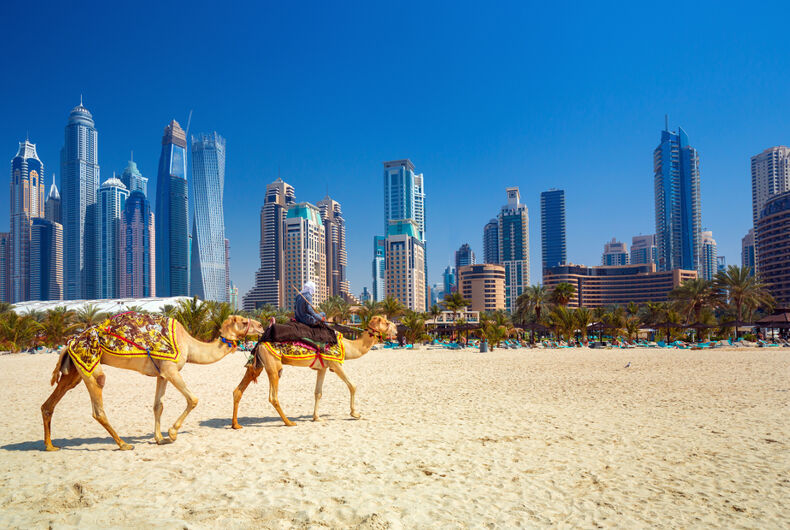 Homosexuality is illegal in the United Arab Emirates and even cross-dressing is forbidden, but Dubai will host the International Conference on Gender Identity and LGBT Rights in May.

The country has recently started to modernize its legal system to make it less reliant on Islamic law and more in step with other countries. The UAE announced changes to the legal code that better protects women, loosens alcohol restrictions, and alters divorce and marriage laws.

Related: The 1975’s lead singer kissed a man on stage in Dubai to protest anti-gay laws

The World Academy of Science, Engineering and Technology’s website has information about the upcoming conference, but doesn’t mention the country’s laws that could end up landing any presenters in prison.

Article 177 of the Penal Code of Dubai imposes imprisonment of up to 10 years on consensual sodomy. Rape victims – straight and gay – have been prosecuted for sodomy or sex outside of marriage.

Adultery and fornication are crimes punishable by death. A person convicted of homosexuality can also be prosecuted for adultery if they are married to an opposite-sex partner.

No changes to the laws around sexuality have been announced, but a recent photo of two women kissing drew fire online as people questioned whether the laws had changed to allow same-sex shows of public affection. In 2008, a lesbian couple was given one month sentences for showing affection at a beach.