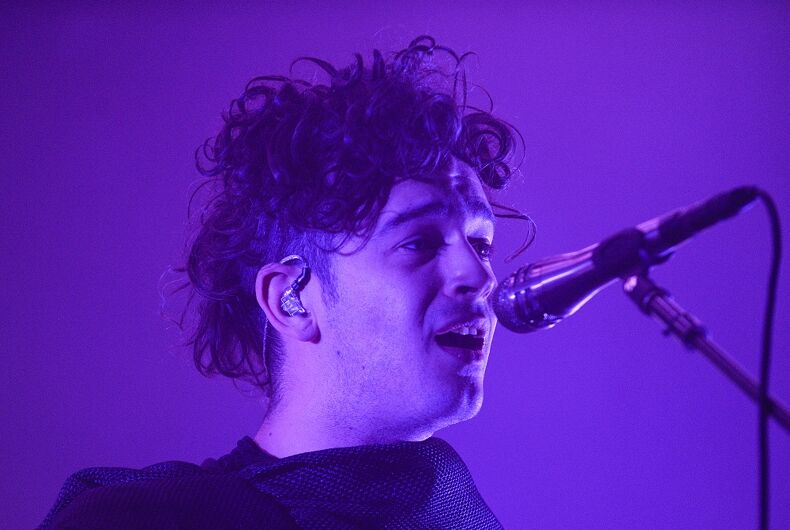 The lead singer of the band 1975 kissed a man on stage in Dubai to protest their laws against homosexuality.

Homosexuality is illegal in Dubai, and the death penalty is one of the possible punishments, along with flogging, deportation, chemical castration, torture, and fines.

The English pop rock band 1975 was performing in Dubai this past Wednesday.

At one point during the concert, lead singer Matt Healy left the stage while the band played and a rainbow backdrop was displayed. He went into the crowd and kissed a man on the lips.

Back on stage, Healy told the audience: “I love you, bro. We’re all human, right?”

“If you’re gay, I love you and God fucking loves you.”

Video of the kiss was posted to Twitter but later removed as some people feared for the other man’s safety.

Healy tweeted about the kiss the next day.

“I don’t think we’ll be allowed back [to Dubai] due to my ‘behaviour’ but know that I love you and I wouldn’t have done anything differently given the chance again,” he wrote.

But who knows maybe they will let me back in let’s just wait and see :)

“You might wonder why it is needed, and even ask yourself what exactly is everyone still scared of, but sadly, I think stigma still exists even in London and we still have some way to go,” he told The Observer at the time.