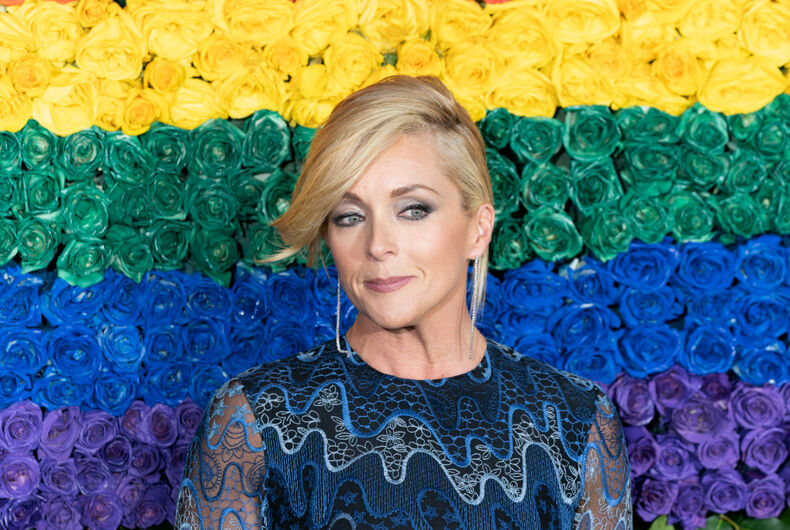 The rumor mill has been running overtime over a Daily Mail story that alleges singer and actor Jane Krakowski had a secret fling with MyPillow CEO Mike Lindell.

Both Krakowski and Lindell deny that it ever happened, with Krakowski’s rep saying she’d rather be in a relationship with Kermit the Frog than the rabid Trump supporter.

Related: Now this is how you troll an antigay street preacher

The Mail‘s report is peppered with anonymous sources and “friends” of the actor who launch a string of detailed accounts of the supposed romance, but Lindell bluntly told the outlet that “I have never even heard of Jane Krakowski.”

“She said she had known him for about eight years and that they had been friends but then they started a relationship about a year ago. I don’t know exactly what she saw in him but she seemed happy and thought he was a good man,” one of the alleged sources told the outlet.

“He sent flowers to her almost every week and champagne and bottles of different liquor. They would fight and Jane would throw all of the gifts that he had given her away. Then they would make up and there would be more gifts again.”

“Jane has never met Mr. Lindell. She is not and has never been in any relationship with him, romantic or otherwise,” the rep told Page Six. “She is, however, in full-fledged fantasy relationships with Brad Pitt, Rege-Jean Page, and Kermit the Frog and welcomes any and all coverage on those.”