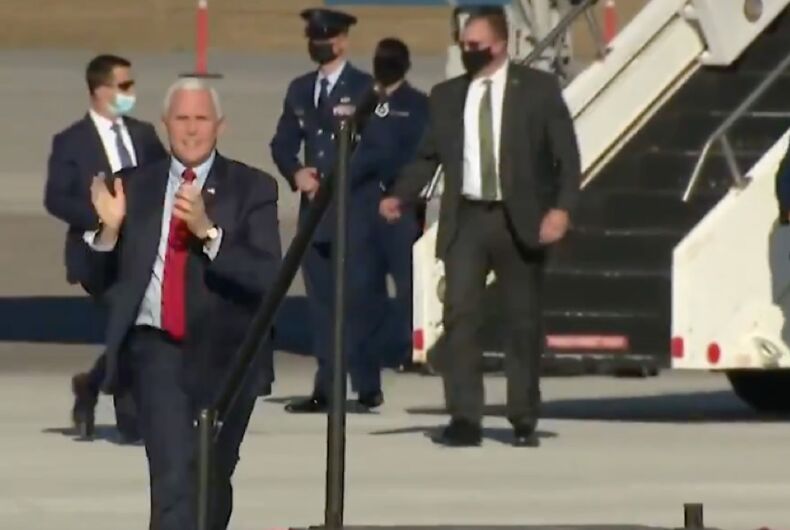 Vice President Mike Pence prances and claps on his way to the podium.Photo: Screenshot

Video of Vice President Mike Pence prancing and clapping on his way to the podium is going viral.

The awkward entrance to a campaign rally in Georgia for Republican Senators Kelly Loeffler and David Perdue was first spotlighted by The Recount and quickly started racking up views as other accounts shared it.

Even better? Pence’s bounce is soundtracked with “All Right Now” by Free. The song was playing as he descended the airplane’s steps.

Earlier this year, Pence tried to run up the ramp to his plane after Trump was mocked for his inability to easily walk down a short ramp following a speech. He tripped and fell.

Of course, while the video is amusing, the responses are the best part. Because when it comes to Mike Pence jokes, the internet never disappoints.

I cringed so hard my face will never again be normal pic.twitter.com/ddMLPDk6Fy

That is just so embarrassing for him. WOW the pense prance

I am dying! @vp just needed a jetete to make the prance compete pic.twitter.com/LllaaRRRje

Even his secret service were looking at each other and going pic.twitter.com/lgKgmZZnfO