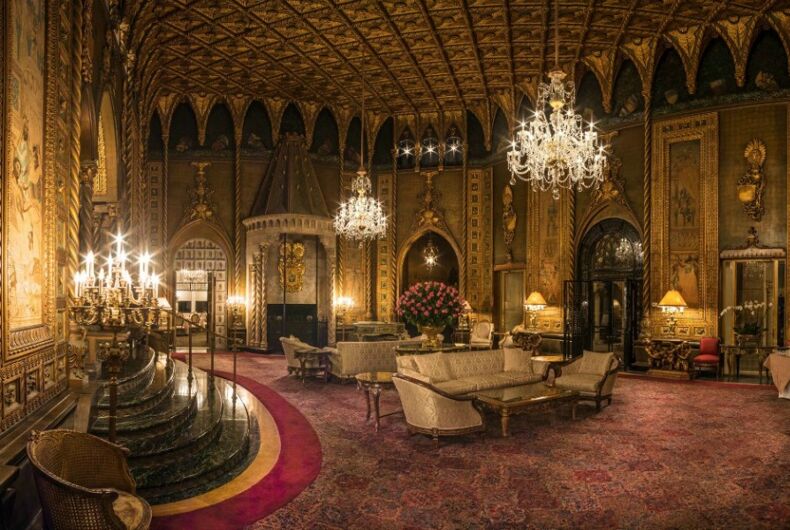 President Donald Trump was just rejected by American voters, becoming a rare one-term president. But the outgoing leader who has fought a quixotic legal battle to remain in office, likely has one more big court case in his future.

He’s announced that he will retire to Mar-a-Lago, his private club where he spent large portions of his presidency. But his would-be neighbors say he can’t move in – and changing plans now will prevent “an embarrassing situation” when Trump gets pitched out of his own club like he’s getting tossed out of the White House.

In a letter sent to town authorities, the group points out that Trump cannot legally live at the exclusive club – and they’re willing to go to the mat to prevent it.

Desperate for cash in the 1990s, Trump turned Mar-a-Lago into a private club because maintaining the estate is expensive. But the agreement that Trump signed stipulates that no club member may stay longer than 21 days per year or seven consecutive days. Trump wants to live there full time and has started to renovate his quarters in preparation of the move.

Trump deeded development rights to a not-for-profit historic preservation group in the agreement he’s ignoring. He pledges to “forever” give up his right to develop the property further and that it won’t be used as a residence or “any purpose other than club use.”

“There’s absolutely no legal theory under which he can use that property as both a residence and a club,” Glenn Zeitz, a nearby Palm Beach homeowner, told the Post. “Basically he’s playing a dead hand.”

The city gave Trump some leeway during his presidency, but once he’s out of office he gets no special privileges – and that causes further complications. He does get a multi-member Secret Service detail who would also stay on other grounds permanently. The agency is required to follow all local and state laws.