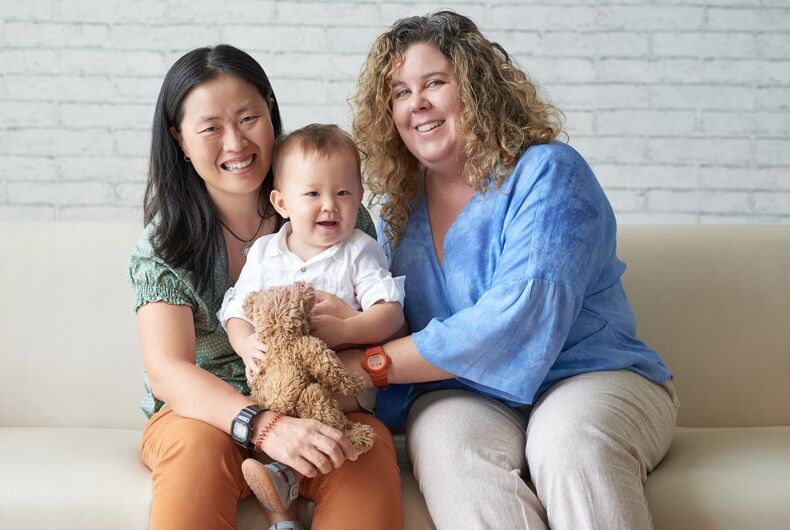 Last month, Indiana Attorney General Curtis Hill asked the Supreme Court to deny same-sex couples the same right of presumed parenthood that opposite-sex couples enjoy. When a child is born to a married, opposite-sex couple, the mother’s husband is presumed to be the father and is listed on the birth certificate, even if there is no proof that he is the child’s biological father, and even if the couple knows he is not because they used a sperm donor.

In Box v. Henderson, the U.S. Court of Appeals for the Seventh Circuit sided with eight married lesbian couples who had children with the help of artificial insemination, saying that the wives of the women who carried the children should be presumed to be their children’s parents instead of forcing them to adopt the children later.

But the case gave the Supreme Court the opportunity to overturn Pavan and start chipping away at Obergefell‘s right to marriage equality by denying certain rights that opposite-sex couples enjoy. The state of Indiana argued that states have the right to maintain the “biological distinction between males and females” and presume that a mother’s husband is her child’s father.

Since the Supreme Court has moved significantly to the right since 2017, Indiana’s attorney general might have thought that the high court would take him up on the offer to overturn the previous LGBTQ victories. But it did not.

LGBTQ advocates like Shannon Minter of the National Center for Lesbian Rights are relieved that the Court did not take up Box v. Henderson.

#SCOTUS ruled on this issue twice already, in #Obergefell in 2015 & even more expressly in Pavan v Smith in 2017. We represented a lesbian couple from TN in Obergefell & two couples from Arkansas in Pavan. Thankfully, there seems to be no appetite to revisit marriage equality. https://t.co/d3UcSrlqSH