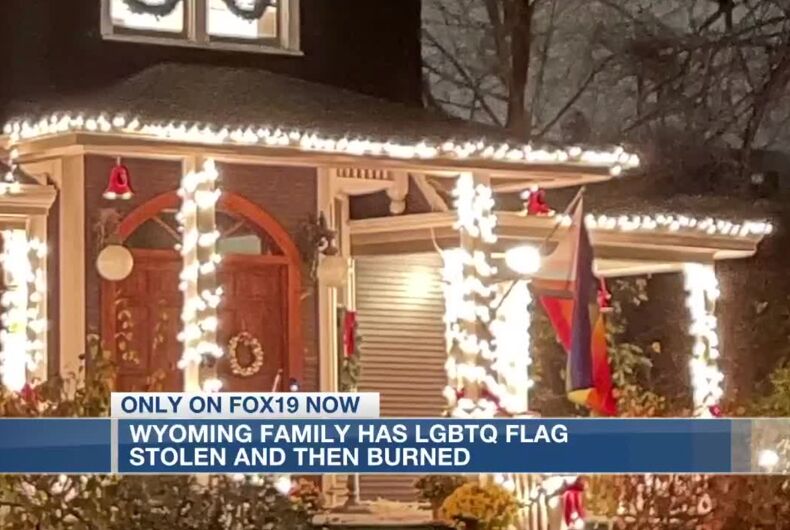 Michele Fitzpatric’s family made a specific decision to fly the rainbow flag on their front porch. Nestled in amongst the holiday light and decorations, the flag sent a message to their neighbors and the community, they say.

But someone stole their flag and then burnt it in the street a couple of blocks away.

“It’s an act of violence, it’s a threat,” Fitzpatric told local news. “It’s a real sense of violation to have somebody come onto your property.”

She says the family discussed flying the flag in June because “it’s a way to show support of very marginalized people in our community.”

Fitzpatric’s daughter Maggie was the impetus to fly the LGBTQ rights banner after witnessing intolerance at her high school despite the community’s general acceptance of queer people.

She says several of her friends have reached out after word of the incident spread.

“They were speechless, they were,” she said. “They never thought that this type of thing would have happened, especially in Wyoming, as it’s a very, well, I thought it was a very accepting community.”