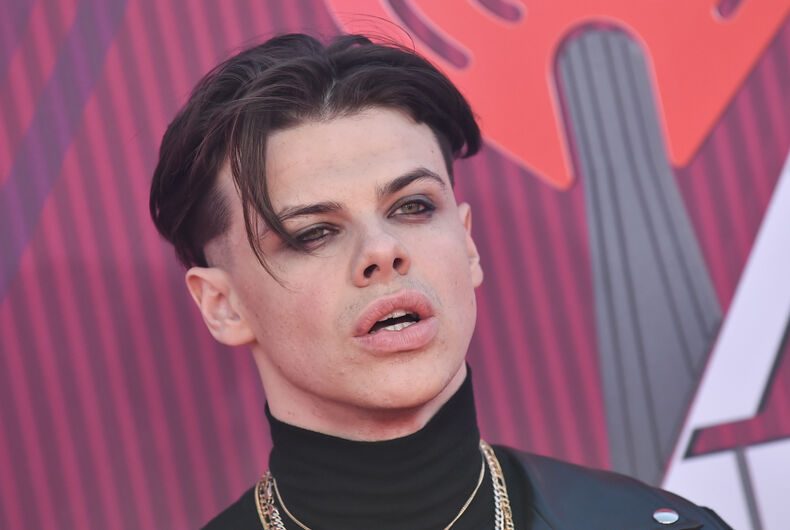 The singer Yungblud came out as pansexual in an interview with the British magazine Attitude. He had previously described his sexuality as “more straight” but “very fluid about it.”

He credited his ex-girlfriend, the musician Halsey, and his queer fans for helping him to explore and consider his sexuality. Halsey has previously come out as bisexual.

“I probably would say now, I am polyamorous. Before I didn’t fucking know what I was,” he said. “I was meeting people and learning… by meeting them and talking about sexuality and gender, I [was] going, ‘Oh my fucking God, maybe I’m this, if I’m going to be fucking close to anything on the spectrum.’”

“I’m still quite weird about going, ‘This is what I am,’ to the world because I’ve never really said it,” he added.

Asked if he considers himself part of the LGBTQ community, he shot back “I know it’s such a massive statement to me, but probably, yeah, I think I would.”

“I probably would say that, yeah, because I fucking don’t know, I love everyone, I’m attracted to everyone.”

“I’ve never dated someone publicly who’s a guy, but I’ve definitely fucking like hooked up with people and been into it and loved it,” he continued. “What’s crazy is, I didn’t preconceive that, but when that happened, I was like, ‘Oh!’ and it’s confusing because you’re like, ‘Holy shit, you’re beautiful and I fucking had a great time and it’s magic.”

“You’ve got to lose yourself in a load of people to figure who you are sexually… fuck me, bruv, two years [ago], I fucking hated olives, now I love olives!”