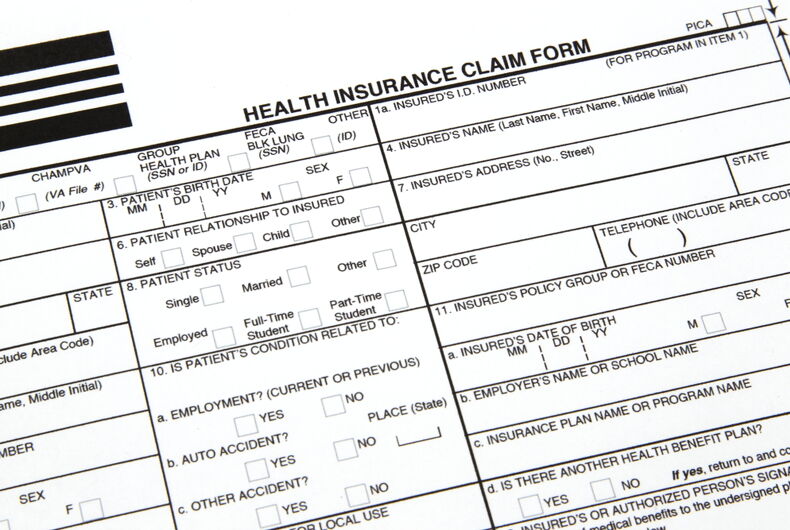 The family of a transgender teen is suing his insurance company for denying coverage for his gender-affirming care. They charge it is a violation of the Affordable Care Act.

Lawyers for 15-year-old C.P., as he is referred to in court records, filed a complaint in Tacoma, Washington against Blue Cross Blue Shield of Illinois (BCBSIL). The complaint says BCBSIL denied coverage to C.P based on an exclusion in the terms of his health plan, which stated that benefits would not be provided for anything “for, or leading to, gender reassignment surgery.”

Related: I’m a veteran. I’m a nurse. And I’m transgender.

The lawsuit argues that this exclusion violates Section 1557 of the Affordable Care Act, which explicitly prohibits discrimination based on gender identity.

“My son needs the medical care that will allow him to live, be healthy, and to thrive,” said C.P.’s mother, Pattie Pritchard. “However, because he is transgender, I have to fight and jump through hoops for him to have access to the care that he needs, is legally entitled to and that he deserves. This denial also sends a message to my son and all transgender people, that their health care needs aren’t real or they’re not worthy of care. I won’t accept that.”

C.P. is insured through Pritchard’s employer, St. Michael Medical Center, which is part of a Catholic hospital system known as CommonSpirit Health.

According to the lawsuit, BCBSIL complied with St. Michael’s exclusion, “even though BCBSIL knew that Plan enrollees with gender dysphoria needed medical treatment for their condition. It did so despite the nondiscrimination assurances BCBSIL provided to the government and to the Plan’s Enrollees.”

In the press release, Eleanor Hamburger, one of Pritchard’s attorneys, said BCBSIL has no excuse for complying with what the exclusion said.

“BCBSIL cannot hide behind a defense that it was ‘just following orders’ when Pritchard’s employer told BCBSIL to apply the illegal exclusion,” Hamburger said. “BCBSIL has a separate legal, contractual and fiduciary duty to C.P. and others in the health plans it administers, to comply with the anti-discrimination law.”

According to the complaint, the denial of coverage has led C.P. and his family to rack up over $10,000 in out-of-pocket expenses.

“Although it is a heavy burden on our family, we are lucky that we can pay for C.P.s critical health care while we fight, but I shudder to think of the families that cannot,” Pritchard said. “What is a family who cannot afford this very expensive care for their child supposed to do? This is a matter of life and death for many transgender people and children, and I hate to think of the difficult and scary decisions families are forced to make; it’s not fair, and it’s not right.”

People are imagining J.K. Rowling’s reaction to Elliot Page coming out as trans & it is hilarious

AOC is selling a gender-neutral “Tax the Rich” sweatshirt. Cue the conservative outrage.