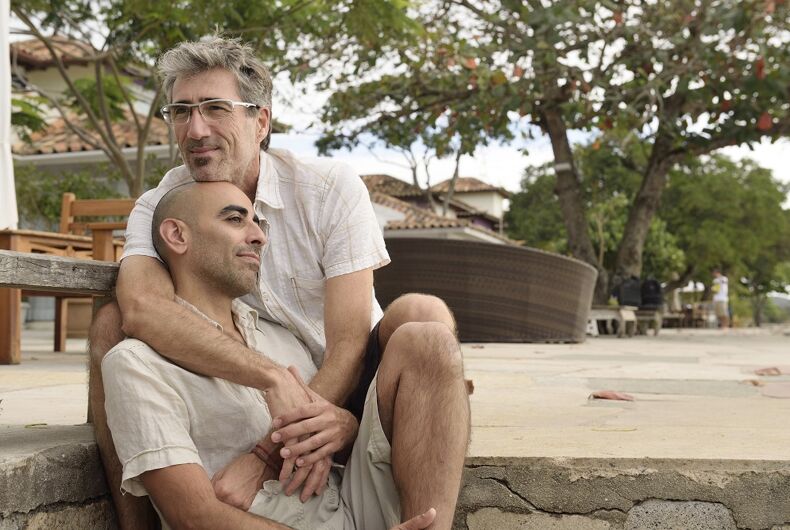 A new study found that gay men are at higher risk of poor bone health compared to straight men, while lesbians and bisexual people have about the same bone health as straight people.

“It’s not that sexual orientation on its own is responsible for this disparity in bone health, rather it’s lifestyle and stress associated with sexual minority status that is possibly driving theses differences,” said James Gibb of the University of Toronto, one of the authors of the study, adding that this research will be more important “as the population of sexual minority older adults grows.”

The study, published in the American Journal of Human Biology, used data from the U.S. National Health and Nutrition Examination Survey from 2009 to 2014 that came from dual-energy X-ray absorptiometry (DXA) assessments of bone density.

The researchers found that gay men had lower bone mineral density values in certain regions of the skeleton that were studied compared to straight and bi men. Bisexual women showed better bone health than straight women, but the difference wasn’t statistically significant.

The results for gay men persisted even after adjusting for risk factors.

The researchers believe that this is because gay men tend to smoke and drink more than straight men, both of which are linked to worse bone health. Depression can also harm bone health because it causes the body to release hormones that can block the mineralization process of bones.

“There’s an association between depression and bone mass, which past research has found independent of sexual orientation, but we also know that sexual minorities tend to have higher rates of depression,” Gibbs said.

As for bisexual women having higher levels of bone mineralization, Gibbs said that is a subject that “warrants further research.”

“Bone health is crucial. You need a healthy skeleton to perform all sorts of physical activities because your muscles pull on the skeletal system, and that’s the lever that allows you to move,” Gibbs said.

“Ensuring everyone has strong, healthy bones is an important way to make sure people are able to achieve a better overall quality of life, especially as they age.”