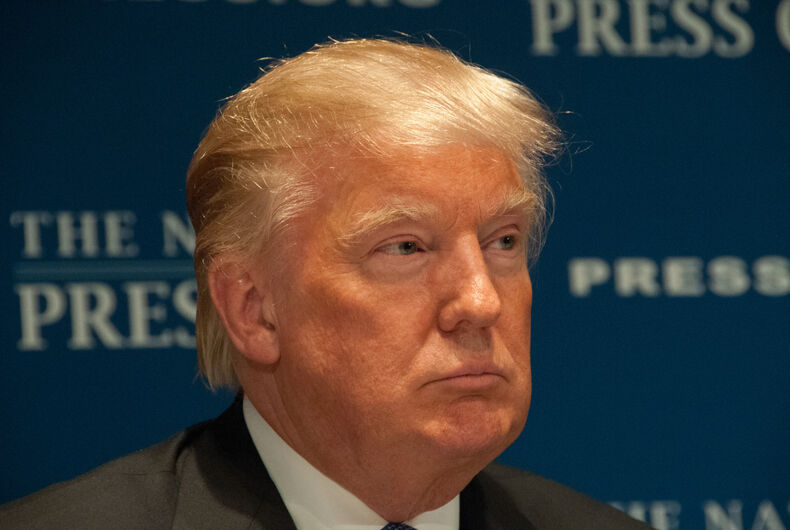 I have defined my political philosophy as “democratic socialist” since my sophomore year at San José State University in 1967. Majoring in Sociology, I enrolled in several social and political theory courses, which intrigued and interested my mind hungry to discover answers to difficult critical questions.

Why, for example, do human beings treat others with such fear and hatred?

What circumstances have historically set the stage for wars between nations? What conditions have divided individuals and groups within nations?

What environments are necessary for the creation and perpetuation of numerous forms of oppression to take hold by establishing hierarchies of privilege for some and subordination and marginalization for many others?

And very importantly, what forms of government can have the greatest potential to mitigate the massive forms of inequality of opportunity and educational and life outcomes I witnessed in my own country, the United States of America?

While no form of government then available fully addressed my search for an answer to the latter question, I believed at the time, as I do today some 53 years later, that Scandinavian-style democratic socialism comes the closest.

I possibly romanticized this governmental philosophy somewhat, though to be clear, I had no illusions, for I understood the problems or inequities in the system. But there were certainly more positives that outweighed the apparent drawbacks.

Fast forward to the U.S. elections of 2020. I supported the ideas and candidacy of Sen. Bernie Sanders (I-VT) with his vision of Medicare for All that he proposed finally to bring our country into the era of our peer countries in providing quality healthcare to everyone as a universal human right.

I supported politicians like Sanders, Sen. Elizabeth Warren (D-MA), and the so-called “squad” of Representatives Alexandria Ocasio-Cortez (D-NY), Ilhan Omar (D-MN), Ayanna Pressley (D-MA), and Rashida Tlaib (D-MI) who presented concrete ideas for a truly progressive tax system to significantly reduce the income and wealth imbalance that divides the super-rich and rich from the other 90% of the population and kills the souls and very lives of some many.

And yes, I support Sen. Ed Markey (D-MA) and Rep. Ocasio-Cortez’s “Green New Deal” to finally and fully end our country’s dependence on fossil fuels and invest in the future of all living things on our planet by converting to renewable clean energy sources.

I support the idea of a guaranteed minimum wage substantially over the poverty line and to raise the funding to provide a firmer social safety net for those in need.

And yes, I support progressive politicians who advocate for a sizable reduction in the military budget, and a substantial increase in the funding of infrastructure projects to rebuild the nation’s crumbling roads, bridges, power grids, sewer and disposal systems, and water pipes and treatment systems. This redirection of priorities would generate good paying jobs to millions of eager and deserving workers.

I have long believed that unregulated or slightly regulated capitalism has been the root of many major forms of inequity in the United States, for there is nothing free in “free market economics.”

I have long believed that the capitalist system promotes forms of oppression in order to divide and eventually conquer members of the working classes to compete for jobs at rates most beneficial to the owning corporate and managerial classes.

I have long believed that the foundation of the capitalist system rests on economic and social inequality, something shrouded by the myth – yes, the myth – of meritocracy (the belief that the United States provides equality of opportunity, and people succeed or fail based solely on their abilities and motivation: the propaganda, the lie that a person’s background and social identities do not impact their eventual success).

In our severely divided country, one deeply entrenched on a foundation of patriarchal white supremacist domination, the vast majority of the electorate have overwhelmingly rejected democratic socialism.

Why? Well, though democratic socialism can function successfully and equitably here, living in being basically a “center-right” country on the political spectrum, “they the people” have spoken loudly and clearly in the 2020 election.

The Republican Party’s nomination and the electorate’s choice of Donald Trump in 2016 was no mere fluke. He tapped into the constant and growing fear of a left-leaning takeover of the government.

While Barack Obama was certainly no democratic socialist, the conservative right perpetrated the scare tactic of his supposed hidden socialist agenda. For example, they painted his Affordable Care Act (“Obamacare”) with a bright red brush, which, claimed the political right, would lead to a socialist coup.

The term “socialism” invokes very different images in, say, Scandinavia than it does in the United States. Here, people still imagine the depths of the Cold War, seeing in their mind’s eye images of Stalin’s gulags and Castro’s seizure of most industries while the people cannot afford the extreme prices for the basics of life let alone any of its luxuries.

No, 2016 was not a fluke. This is the center-right United States. In all likelihood, Trump would have been reelected if he had managed the coronavirus pandemic marginally better.

No, 2016 was not a fluke. If it had been, the hoped-for Blue Wave would have washed through the United State Capitol pouring significantly more Democratic Representatives into former Republican seats and taking away the Majority Leader’s gavel from Mitch McConnell.

That did not happen, and no, it was not the fault, misunderstanding, or mismanagement of Speaker Nancy Pelosi and Minority Leader Chuck Schumer! The problem, rather, lays with the majority of the American people who were spooked by talk of democratic socialism during the primary season.

Though many good people have valid and doable plans to advance the nation in approaching the reality of “freedom and justice for all” and to end the seemingly infinite gulfs in income and wealth and to save our planet, I do not have a prescription for how progressives should move forward in presenting these ideas to a population that understands the cure as worse than the disease, how misguided that may be.

Trump raised white grievance to a high level of political philosophy and to an art, and it has worked very well for him. Some people say the United States is “better than this.” Unfortunately, half of the population shows us that it is not!

As an essentially center-right nation, it often takes wider swings to the right than to the left.

As a social activist since the early 1960s, I have stayed engaged in progressive politics. Someone once told me, however, that burnout is the result of having unrealistic expectations.

Over the years, I have lowered my expectations significantly. I intend, though, to remain active and to advance issues of peace and justice as much as I can before taking my final breath.

Unfortunately, my hope of a progressive revolution rather than incremental and small advancements in the country died in 1968 with the election of Richard Nixon and reaffirmed thereafter.

I do believe, however, that the current generation and successive generations will take us further to that golden light of equality.

Man threatened with a gun because he was “talking gay”