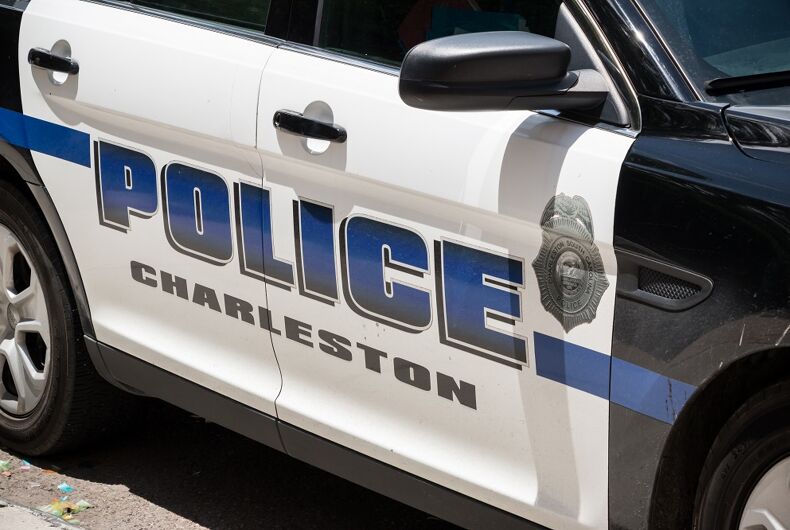 Police in Charleston, South Carolina have released the recording of a 911 call made by a gay man whose life was being threatened by an armed gunman.

The attack allegedly occurred on the morning of Sunday, October 25 as the victim was standing near a car and looking at his phone after he dropped his brother off in the neighborhood.

“I’ve got this guy following me because I’m gay,” the alleged victim told the 911 operator. “He’s trying to shoot me. He’s like literally chasing my car.”

The alleged victim said that he was just texting in the street when the alleged attacker said, “What are you following me for?”

“I was like, ‘Ain’t nobody following you, I’m sending a text message.’ He goes, ‘Y’all are talking gay. We don’t want no gay people around here,’ blah blah blah.”

The victim then told the 911 operator that the attacker had a gun but he didn’t know what type, and that he threw something at his car. Police later said that the attacker allegedly threw a phone charger at the car.

The victim was able to drive away but the suspect then ran after his car.

Charleston police are still looking for the suspect.

“Hate has no place in the city of Charleston,” Charleston Police Chief Luther Reynolds said.

The state of South Carolina doesn’t have an LGBTQ-inclusive hate crimes law, but the city of Charleston has a Hate Crime Ordinance that makes it illegal to intimidate someone because of their sexual orientation or gender identity. It carries a penalty of a fine up to $500 and 30 days in jail.

The suspect is also wanted for possible aggravated assault.

Trump’s 2016 victory wasn’t a fluke. Here’s how to keep it from happening again.