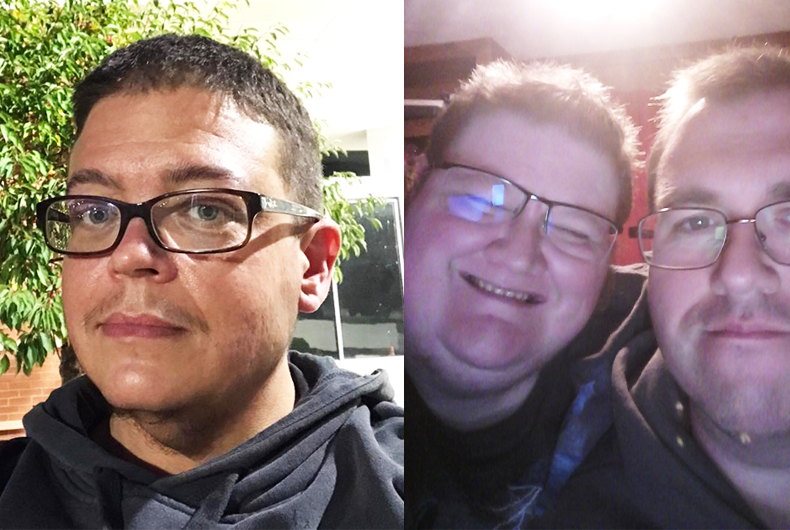 Christopher Fain – a transgender man who is a Medicaid participant – and Brian McNemar and Zachary Martell – a cisgender state employee and his transgender husband – filed a complaint last week with the U.S. District Court for the Southern District of West Virginia with the help of Lambda Legal, alleging that the state’s denial of gender-affirming care in both Medicaid and its employee health care plans is illegal.

The suit claims that specifically excluding coverage for health care to treat gender dysphoria – which can include “counseling, hormone replacement therapy, and surgical care” – is discriminatory because similar treatments for conditions that cisgender people can have are covered under the state’s health care plans.

“The Exclusions fly in the face of the medical consensus that gender-confirming care is the only safe and effective medical treatment for gender dysphoria, and wholly disregard the harms of denying transgender people access to critical health care,” the lawsuit says.

McNemar is an accountant auditor at the Mildred Mitchell Bateman Hospital in Huntington, West Virginia, and his husband is on his health care plan.

Handbooks for the state employee health care plans all exclude “surgical or pharmaceutical treatments associated with gender dysphoria” and any health care “performed in preparation for, or as a result of, sex transformation surgery.” The plaintiffs say that that’s proof of discrimination – certain treatments are only excluded if they’re used to treat gender dysphoria, not if they’re used to treat other conditions that cisgender people can be diagnosed with.

“It is both humiliating and painful to be denied access to coverage for essential healthcare simply because of who I am,” Martell said in a statement. “For years, my husband has served as a dedicated public servant, and the health coverage we receive through the state employee health plan is a basic part of the compensation he earns through his job. The discriminatory exclusion, which bars me from care simply because I am transgender, denies state employees equal pay for equal work.”

Fain, the third plaintiff, is a student at Marshall University in Huntington and he works at a clothing store. He relies on his state’s Medicaid program because his income is low, but the health care program refuses to cover his testosterone.

The state’s Medicaid Policy Manual says that “all members” are entitled to “appropriate, medically necessary and quality health care services,” but then specifically says that it does not cover “transsexual surgery.” Each of the private companies that the state uses to provide Medicaid coverage have language in their policies that denies coverage of “hormone therapy for sex transformation procedures.”

“This health care is about my very survival, and the health and survival of thousands of other transgender people in our community forced to go without care because of these exclusions,” he said.

A judge issued a temporary injunction earlier this year to stop the Trump administration’s plan to end the health care protections for transgender people as legal challenges are heard in court.