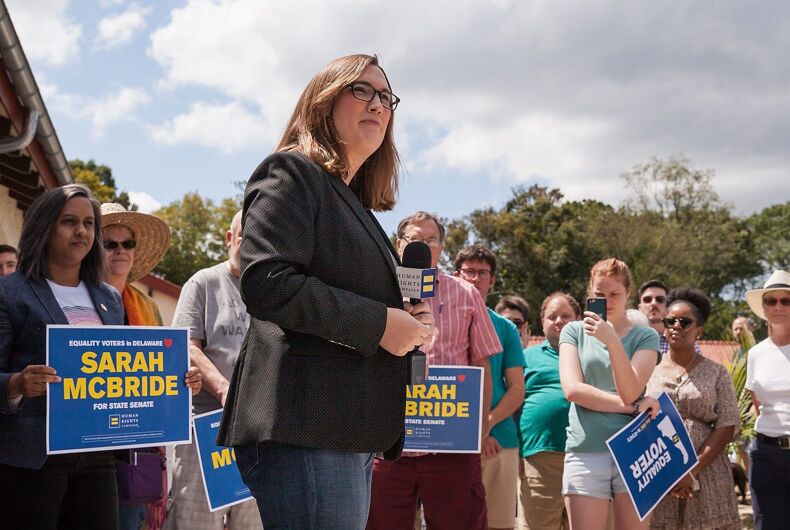 Sarah McBride made history by winning her election to be a state senator in Delaware. McBride will the highest-ranking transgender elected official as the only trans state senator in the nation.

McBride, already known for her willingness to engage on social media, was sent a message that asked an inappropriate question. And her response to it has everyone smashing the share button.

Related: I’m a veteran. I’m a nurse. And I’m transgender.

“I am confused, are you a boy or a girl,” the sender asked out of nowhere.

Posting a screenshot of the back-and-forth on Twitter, McBride added, “Hope that clears things up.”

With hundreds of thousands of likes and shares, the internet clearly responded, “Yup. Crystal clear.”

Hope that clears things up. pic.twitter.com/6JjBjG4QAO