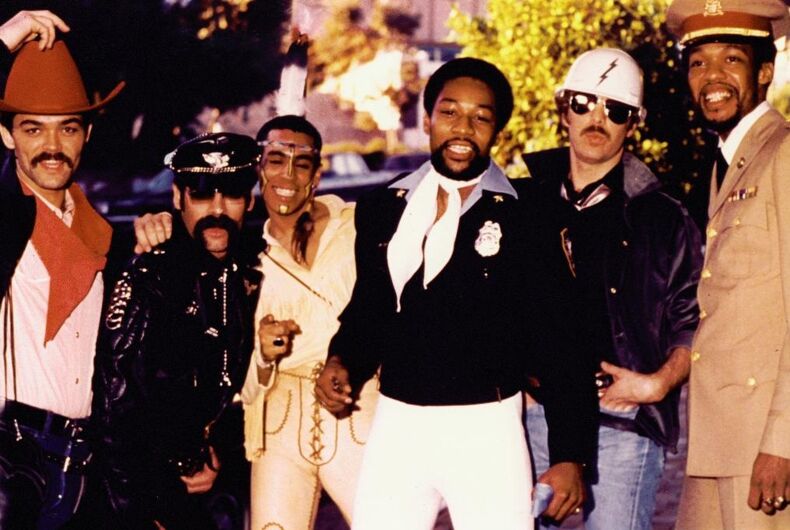 Liberals celebrating outside the White House broke out in the 1978 gay anthem “YMCA,” mocking the Donald Trump’s use of the song in his campaign.

Throughout the year, Trump’s campaign used the totally-not-about-gay-cruising Village People song to get the crowd excited. Trump’s campaign played the song so much that it rose in popularity and hit #11 on Billboard’s Digital Sales Chart, more than 40 years after it was released.

Related: Trump offers to kiss “all the guys” to prove he’s immune to COVID

After the AP and other major media outlets called the election for Joe Biden, though, liberals decided it was time to take one of America’s most beloved songs back from Trump as well and sang it outside the White House.

The crowd outside the White House celebrating Joe Biden’s projected victory is blaring YMCA — the song President Trump closed out his latest rallies with. pic.twitter.com/UkrsBq8l5M

A former Secret Service agent who worked in the White House said that Trump probably heard the crowd.

What is going on around the White House has to infuriate the President. I can attest that the noise from outside the fence line (even push beyond Lafayette Square) can defiantly be heard inside the residence. I have heard it many times from Grand Staircase during Obama admin. pic.twitter.com/1dr8qNHQhd

And the Village People themselves approved.

The re-claiming of Y.M.C.A! https://t.co/CwFuU5XiUY

Earlier this year, Victor Willis – the original Cop from the Village People who also co-wrote some of the group’s biggest hits, including “YMCA” – thanked Trump for sparking renewed interest in the song… and increasing the royalties he receives from it.

Through his publicist, he later released a statement saying that he does not endorse the Trump campaign using his song but that there’s nothing he can legally do to stop them from using it.

Trump danced to the song at the end of his rallies.

Which prompted Felipe Rose, the Native American of the Village People, to taunt Trump on Twitter: “Trump wanna Dance again? With me?” with the hashtags “#BidenHarrisToSaveAmerica,” “#DumpTrump,” and “#LGBTQ.”

Trump supporters thought they found a Facebook group for them. It became their worst nightmare.