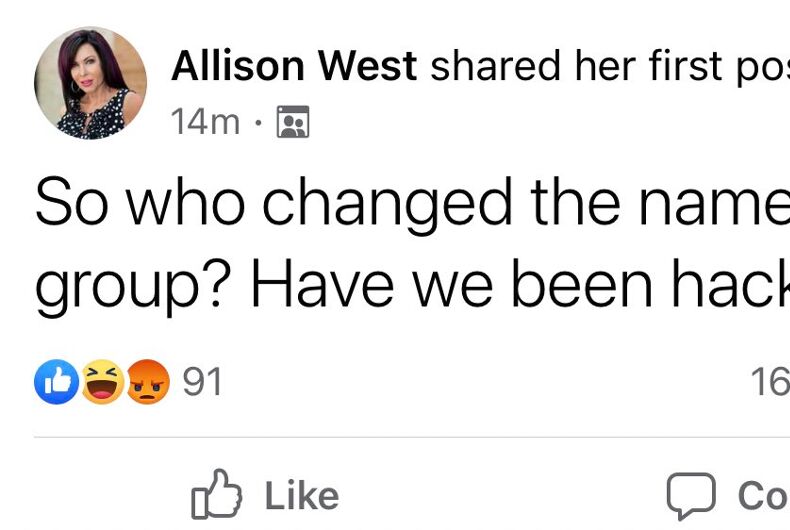 A Facebook group supposedly for Donald Trump supporters turned into a masterclass in trolling over the weekend when the “Stop the Steal” group changed its name to “Gay Communists for Socialism.”

Current members, stinging after Trump’s electoral loss, didn’t take the update well. But the rest of the internet was watching the drama unfold and laughing the entire time.

Related: Joe Biden will be the first president to enter the White House supporting marriage equality

A group with the same name made national news as part of a purge of groups and pages spreading false information about the election. After the original group was removed, enter the new “Stop the Steal” group – and within hours they scooped up over 64,000 Trump supporters who didn’t realize they were late to the post-election pity party.

The backlash began immediately, with people questioning why the name had changed and angrily demanding they be removed from the group.

And when the news about the bait-and-switch hit Twitter, the progressives flocked to watch MAGA snowflakes have a meltdown.

It's so pretty. All those heads going boom. pic.twitter.com/TbY3YOAcll

Trans & queer New Yorkers faced brutal use of force by police near Stonewall. The mayor “doesn’t know anything.”