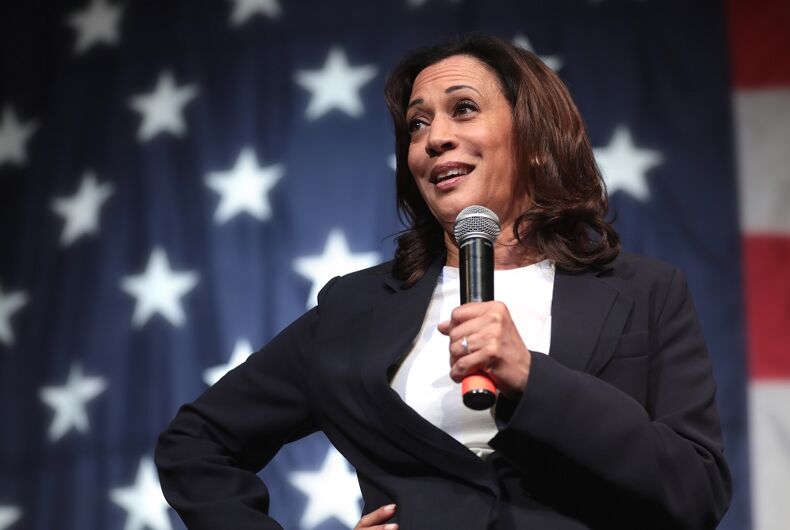 After the AP and other major media outlets called the presidential election for Joe Biden and Kamala Harris, the Democratic candidates wasted no time updating their social media profiles to reflect their status as president-elect and vice president-elect.

And Harris’s followers noticed something more: she’s the first Vice President-elect to list her pronouns on social media.

Her profile on Twitter reads: “Vice President-Elect of the United States. Senator, Wife, Momala, Auntie. Fighting for the people. She/her.”

Of course, most people are probably familiar with Harris’s pronouns, considering her place in the national spotlight. The point of including her pronouns in her profile is to show solidarity with transgender and non-binary people and to normalize conversations about gender.

“Including pronouns in your email signature and social media profiles is an important move towards inclusivity,” LGBTQ Inclusion Consultant Gina Battye told Forbes. “It shows you care about individuals’ preferences and is a simple solution to accidental misgendering.”

At the CNN/HRC LGBTQ Town Hall in October 2019, Harris walked on the stage and shared her pronouns: “My pronouns are she, her, and hers.”

Moderator and CNN journalist Chris Cuomo responded with a joke: “Mine, too.”

“I am an ally of the LGBTQ community, and I am sorry because I am committed to helping us achieve equality,” he later wrote in an apology.

Currently, Mike Pence’s Twitter profile does not include his pronouns.