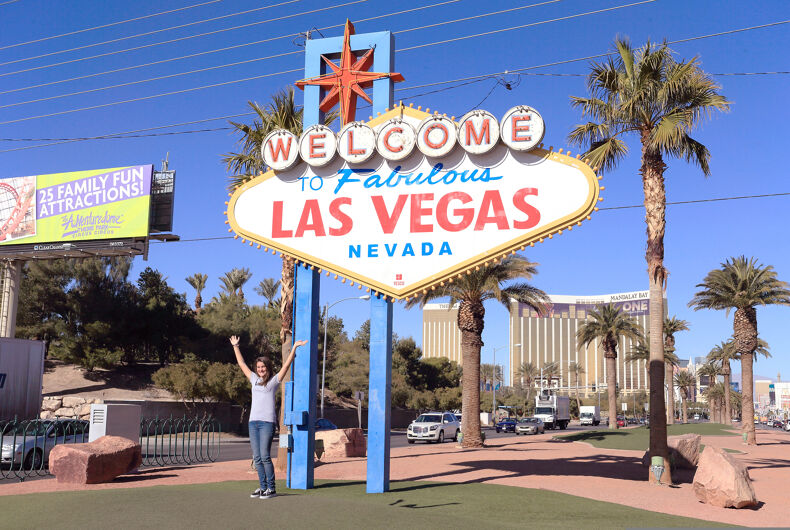 Nevada voters removed the state’s constitutional amendment that banned same-sex marriages to require the state to recognize and perform them. The ban was moot following the Supreme Court ruling in Obergefell v. Hodges that brought marriage equality to the nation.

While the state’s inability to declare a winner in the presidential race is causing election watchers ulcers, the results are so overwhelmingly tilted in favor of LGBTQ equality, the question can be answered.

The provision would remove the ban and replace it with language that requires the state government to recognize all marriages, issue marriage licenses to same-sex couples, and treat same-sex couples equally under the law. It would also provide members of the clergy with the explicit right to refuse to perform a same-sex religious wedding, which already exists anyway.

Members of the clergy already have the right to refuse to perform same-sex marriages under federal law.

With 75% of the vote already counted, 61.5% of voters chose to repeal the amendment. 38.5% voted to keep it. As more votes are counted, those numbers will change.

Thirty other state constitutions also include bans on marriage equality that have not been repealed, according to the Las Vegas Sun.

“The people have spoken, sending a clear message to the state of Nevada that LGBTQ equality is a priority for voters,” said Human Rights Campaign Nevada State Director Briana Escamilla.

“Nevada has sent a message that it is a welcoming place for anyone looking to make a life here. This overwhelming majority should be a reminder that LGBTQ equality is not just the right thing to do, it is exactly what Nevadans want. Tonight’s vote sends a clear message to elected leaders across the country that LGBTQ equality is a winning issue millions of voters care about and prioritize at the ballot.”

Republican candidate who died of COVID-19 wins his election