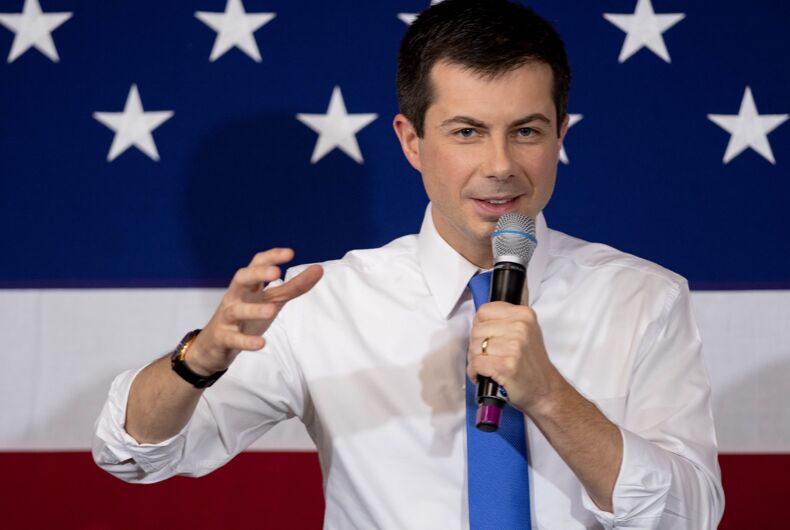 Now that Joe Biden has won the 2020 U.S. presidential election and will be taking office in a little over 2 months, it’s time for us to consider who will make up the Cabinet – the most important positions in any President’s administration.

With America’s relations with the international community at the lowest point in modern history, it is particularly critical that we have people in foreign policy and national security roles who are knowledgeable, dependable, and have the credibility to restore our nation’s reputation around the world.

I can think of few people who embody those qualities more than the former Mayor of South Bend, Indiana Pete Buttigieg.

During his historic bid for the presidency in the last two years, Buttigieg demonstrated a remarkably nuanced understanding of complex issues and challenges, especially in global affairs, where he often ran circles around some of his more experienced fellow candidates.

He showed a level of self-discipline and an ability to “stay on message” that is also extremely important when it comes to diplomacy.

That’s why Buttigieg is the perfect candidate to be President-elect Biden’s pick to be the next U.S. Ambassador to the United Nations. He may not be the most conventional candidate on paper, but neither was South Carolina Governor Nikki Haley when President Trump appointed her to the same position.

With his deployment to Afghanistan as a Naval intelligence officer, Buttigieg has more experience in the international realm than Haley did.

Hundreds of foreign policy leaders who had previously served in the National Security Council, CIA, State and Defense Departments, endorsed him during his Democratic primary campaign, proving he has the ability to command respect from those in positions of authority. He would be taken seriously as an emissary on America’s behalf and has the guts (as demonstrated by his epic takedowns on Fox News) and gravitas to lead.

The most important thing, perhaps, would be the symbolism of having an openly gay ambassador representing us at the General Assembly, where many of the member countries continue to criminalize homosexuality with punishments ranging from imprisonment to the death penalty. Buttigieg would be the first out LGBTQ cabinet member confirmed by the Senate and it would send a powerful message of change from the previous administration.

Buttigieg could use his perch to lobby and pressure countries like Russia (and within it the region of Chechnya), Saudi Arabia and others to change their policies on LGBTQ rights, and do it from the personal perspective of a gay man. Imagine Pete and Chasten at the U.N. Headquarters in New York and on official trips around the globe.

Wouldn’t that be a demonstration of America’s progress – and celebration rather than a rejection of diversity?