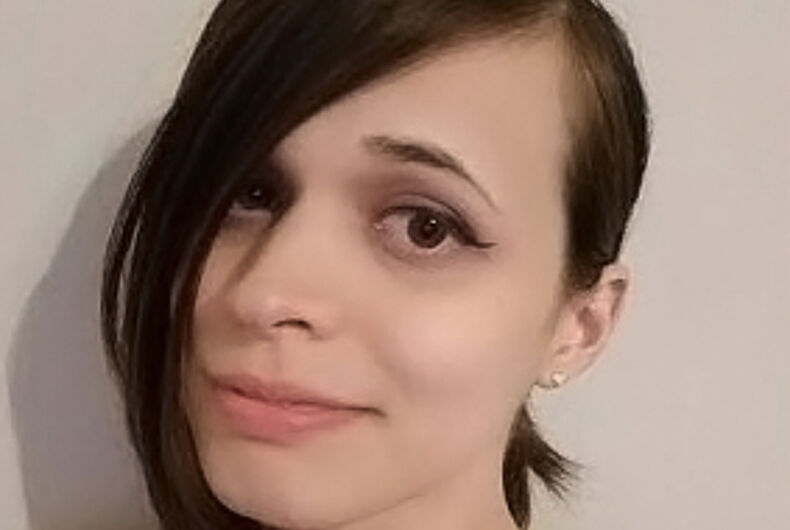 The freedom to be her authentic self is not something that Christine G. has ever taken for granted. In 2013, Christine realized she was transgender.

It was a much different time, she says.

“If you came out as transgender back then, it was likely you would be homeless, your parents would not accept you or you would not be considered for job opportunities,” says Christine, who today is an infrastructure engineer at USAA, which employs more than 35,000 people. “The main message I got from my online searches at the time was to pretend to be a boy for as long as possible, get a job, get insurance and whatever else you need, and when you come out, get ready to move to a new location where no one knows your past.”

Thankfully, Christine says, times have since changed for the better. She joined USAA in 2017 and got involved with the diversity business group (DBG) BOLD, where she became a leader. It was not an accident. For four consecutive years, the LGBTQ equality group, Human Rights Campaign, scored the San Antonio-based Fortune 100 diversified financial services group a 100 percent rating for its treatment of its queer employees.

At the time, Christine knew she was working within a supportive workplace but was trying to navigate how to come out to her teammates in the best way possible.

“I didn’t know if they were going to accept me, or if I would have to find a new position somewhere else on a different team,” recalls Christine. “Once I started as a BOLD leader, my coworkers and I started going to events together, and I found out that a lot of my coworkers were accepting of LGBTQ+ folks rather than being secretly or overtly opposed, as I had feared.” BOLD is the USAA Diversity Business Group for LGBTQ employees. It celebrates Pride month and supports the community throughout the year.

Christine says after she came out to her team, they immediately helped her with her name change, wanted to learn about transgender identity, and how to interact respectfully in the workplace. 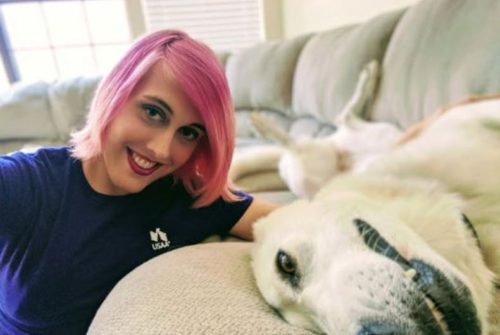 Hailie P., a software engineer, came out as transgender to her USAA co-workers earlier this year.

“I chose USAA because, in our hiring policy, it says we don’t discriminate on these sorts of things, such as gender identity, and it was important to me to support a company that held values that I believe in,” says Hailie.

“I was approached by a few of my teammates who said they would support me, and that’s what kind of drove me to come out to everyone – I knew they accepted me and that gave me the strength to be authentic,” she recalls.

Hailie says she chose to work at USAA because of the inclusive hiring policies. As a result, she would recommend it to others in her community.

Both Christine and Hailie wanted to ensure they paved the way for other transgender employees to come out in the workplace, so they worked on creating Transgender/Non-Binary resources and step-by-step guides that employees and teams use to facilitate the transgender transition. ​

“One of the things I noticed was that there weren’t many resources for transitioning employees – we had the USAA Handbook, but it wasn’t very detailed or include all the steps in the transition,” says Christine. “So, I thought I would try to make something so others don’t have to go through what I did.”

Hailie says the playbook is not only important to facilitate employee transitions, but to better understand membership needs, as well.

“I think it’s hyper important that we have these resources available because this will allow our company to grow in understanding the trans community, which will translate into being able to support not only each other but our members as well,” says Hailie.

Since they’ve come out in the workplace, Christine and Hailie both agree that it has helped their work performance and the authentic way they are now able to live their lives.

“It feels like you’re in a cloud or constantly acting when you’re not being yourself – it’s a lot of work to keep up that persona and watch your behavior and mannerisms,” explains Christine. “Being myself now is so much more relieving – all this pain, this cognitive dissonance is gone, and I feel much more able to think clearly now.”