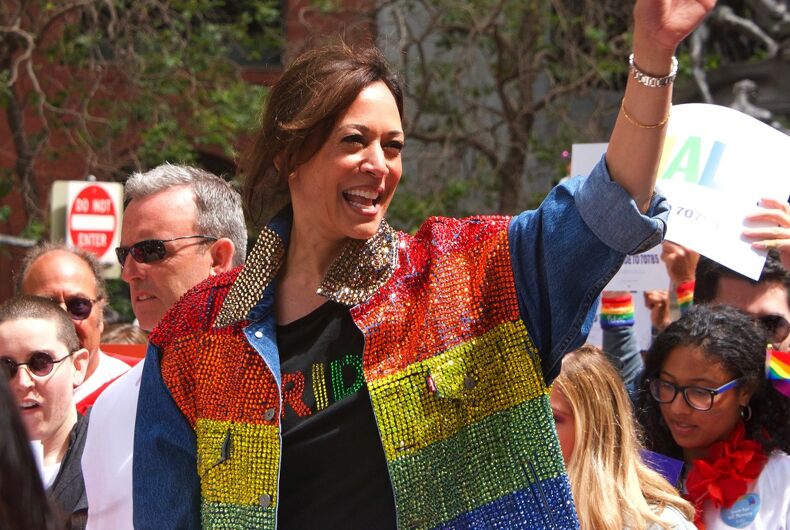 With Joe Biden’s win in the 2020 Presidential election, Kamala Devi Harris has become the Vice President-elect of the United States. Her mere ascension this far in the electoral process is groundbreaking on countless levels.

The junior Senator from California will be inaugurated as the first woman, first Black, first Jamaican-American, first South Asian, and first Indian-American to serve as second-in-command to the President, and as President of the Senate. Those are just the most notable precedents that Harris will set by simply walking into the Oval Office with the eventual 46th President, Joe Biden.

Related: The long nightmare is over. Joe Biden has won the presidential election.

While she was not the first Black woman to run for VP, she was the first to secure the nomination from one of the two major parties for either President or Vice President.

As the partner on the ticket with Joe Biden, she will have received more votes than anyone – anyone – in the history of the United States of America for any office other than President.

She will be the first Black person to graduate from a Historically Black College or University (HBCU) to win election to the Vice Presidency, and she will reach a level of the executive government that no other Howard University graduate has ever reached in the United States.

After Geraldine Ferraro in 1984 and Sarah Palin in 2008, Harris was only the third woman to be nominated by a major party for the Vice Presidency. The third time’s the charm – she will be the first successful candidate for that office.

Her marriage to Douglas Emhoff also creates several firsts. Emhoff will be the first man to be the Second Spouse in the United States history, breaking the gender binary typically assigned to the ceremonial office held by spouses of the President or Vice President. That brings this country also one step closer to having a First Gentleman, or First Spouse, in the White House.

Harris and Emhoff will be the first interracial couple to become the Second Family of the United States. Emhoff is also the first Jewish Second Spouse. Emhoff’s children – Harris’ stepchildren – Cole and Ella Emhoff will join them in that family.

After Richard M. Nixon, she will be the second Vice President who arose from California as their home state. Harris was born in Oakland, California on October 20, 1964.

Lastly and certainly not least, Kamala Harris will be the first to enter the Vice Presidency supporting same-sex marriage and other LGBTQ rights at election, just as Joe Biden is the first President to do so.