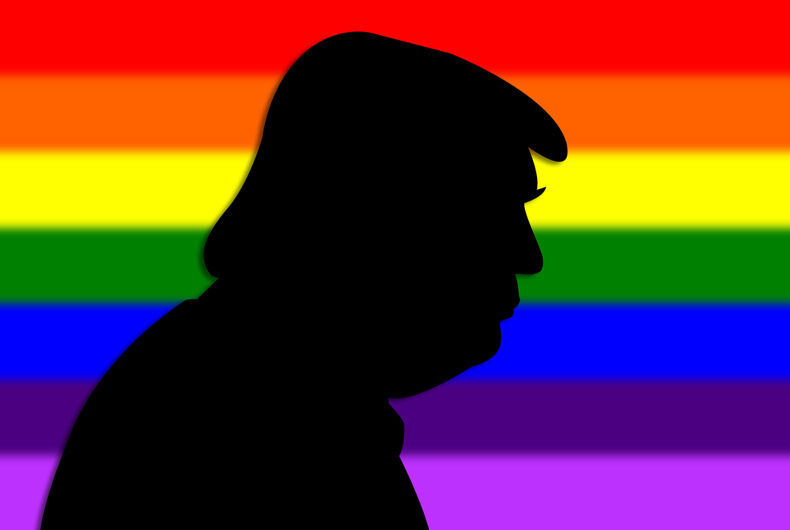 The long national nightmare that was the Trump presidency is drawing to a close – well, sort of.

While Trump will be leaving the White House on January 20, the damage he has wrought will last a while. Despite the hopes of Biden voters, undoing Trump’s policies, including those affecting LGBTQ people, will often seem slow going and, in some cases, simply impossible.

Trump has already checked out of the job, spending his time on the golf course and ranting about his election loss. He will do his best to reward his sycophants, largely by pardoning them for their crimes, and to insulate himself from future trouble.

But Trump has never been good at follow-through, so the bulk of the final acts of sabotage will come from others in his administration. For example, Treasury Secretary Steve Mnuchin is trying to hobble Biden’s response to the recession by tying up money set aside to help businesses hurt by the pandemic.

There are plenty of other opportunities for last-minute sabotage. Most of the focus has been on eviscerating regulations to protect the environment and workers, but there are still chances to attack LGBTQ people as well. The Trump administration is rushing through several regulations that would have a lasting impact on LGBTQ issues.

Among them is a regulation that would allow federal contractors to cite religion as a reason to discriminate against LGBTQ workers. This was pushed through with limited public comment, and is on a fast track to be approved before Trump leaves office. Another regulation would allow religious organizations to seek Department of Justice grants without having to change their policies, clearly a sop to the religious right.

Yet, another regulation would radically narrow the grounds for seeking asylum based on fear of torture or persecution, the reason many LGBTQ asylum seekers cite. All three regulations are in the final stages of approval, and none of them will be easy to undo. The process for doing so is cumbersome and time-consuming – but that’s the whole point.

Even as many Trump appointees are job hunting, some no doubt will hang on. You can guarantee that they will do everything they can to gum up the works in their respective departments once Biden is president. Moreover, there are still opportunities for the Trump administration to appoint supporters to commissions. Recently, Trump appointed Darren Beattie — who lost his White House job after he was revealed to pal around with white supremacists — to the Holocaust Commission.

Unfortunately, the worst damage will be in place for years to come, thanks to Trump’s judicial appointments. The Supreme Court ruling that COVID health restrictions take a back seat to freedom of religion is a clear sign of what’s coming. With three Trump appointees guaranteeing that the Court will bend over backwards to satisfy conservative Christians, the effects will be drastic.

It’s not just the Supreme Court, though — the rest of the judiciary is now riddled with Trump appointees, noticeable for their lack of qualifications and their hostility to LGBTQ rights. Those judges will be ruling against LGBTQ people for decades to come.

Still, some of the worst achievements of the Trump era will be relatively easy to undo. Chief among these is Betsy DeVos’s edict that schools not allow students to use bathrooms based on their gender identity. This demand, along with some of DeVos’s other egregious attacks, was never formalized in regulations, so it can reversed easily. (That’s not the case with the sexual harassment rules that DeVos rolled back.)

Biden has always had his work cut out for him. Facing a pandemic and a recession, he will be taking office at one of the most perilous moments in history. The relief of having Trump gone is undeniable. But the shadow he will continue to cast on the Biden administration will be a long one.