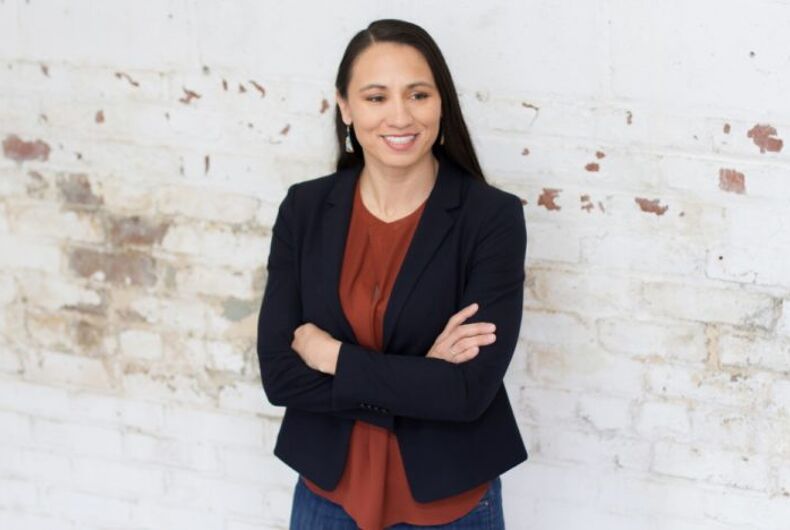 In Kansas’s third district, out Democratic Representative Sharice Davids has been reelected to a second term in the U.S. House.

Hours before the polls closed, Davids spoke with LGBTQ Nation about her priorities going into this next term. These priorities, she said, focus in large part on the issues that have been exacerbated by the pandemic. Unemployment relief is crucial, she said, as is reducing the cost of prescription drugs and protecting people with preexisting conditions.

“This pandemic has impacted literally every aspect of our lives,” she said. “I think the top priority for all of us should be getting a bipartisan coronavirus relief package. People are suffering and we need to make sure we get support to our state and local governments because they perform very essential functions for so many people.”

Davids also spoke about the optimism she has in the future of this country, no matter the outcome of the many elections being decided tonight. The level of voter engagement, combined with the number of LGBTQ+ people, women, and people of color running for office, has given her reason to feel hope.

“I often say in 2018 we saw a resetting of expectations about who runs for office, about who we support, about the ways we support people, and this year we’re seeing the continuation and the expansion of that,” she said.

“The fact that we have so many people who see a future for themselves and for their children and grandchildren in this country, and the number of people who are engaged in trying to shape that future, that is literally the manifestation of hope.”