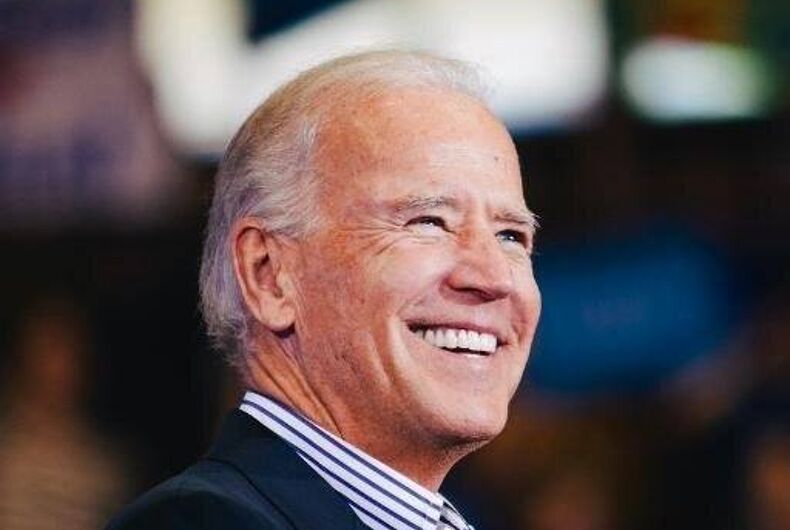 Violence against transgender and gender non-conforming people, particularly Black and Brown transgender women, is an epidemic that needs national leadership.

So far this year, the Human Rights Campaign has tracked 33 transgender or gender non-conforming people who have been violently killed, including the tragic shooting of Sara Blackwood earlier this week in Indiana. This is the highest number on record with more than two months left in the year, and the vast majority are Black and Brown transgender women. It’s unacceptable.

These deaths don’t exist within a vacuum. Dehumanizing government actions and rhetoric as well as a failure to address risk factors like domestic and intimate partner violence, underemployment and unemployment and poverty, housing insecurity and health disparities, put this community at risk.

From banning transgender patriots from serving their country, to attempting to limit transgender people’s access to health care in the midst of a pandemic, to literally erasing the word transgender from government websites, President Donald Trump and Vice President Mike Pence have fueled the flames of transphobia in our nation while refusing to acknowledge the epidemic of violence.

Solving this epidemic of violence doesn’t just require a President who actually recognizes it as fact, but one who believes in the humanity and dignity of transgender people.

As President, I will put forward comprehensive solutions to help empower the transgender and gender non-conforming community and prioritize the prosecution of anti-transgender violence. My administration will enact the Equality Act to end legal discrimination against LGBTQ+ people, expand economic opportunities for LGBTQ+ people, reform our treatment of transgender and gender non-conforming individuals in our criminal justice system, ensure access to accurate identification documents, and improve government data collection to better track violence against the transgender community.

I believe that Trans Lives Matter and, as president, I will fight on behalf of every vulnerable person in this country.

Former Vice President Joe Biden is the Democratic nominee for President of the United States. LGBTQ Nation has endorsed Biden for President.