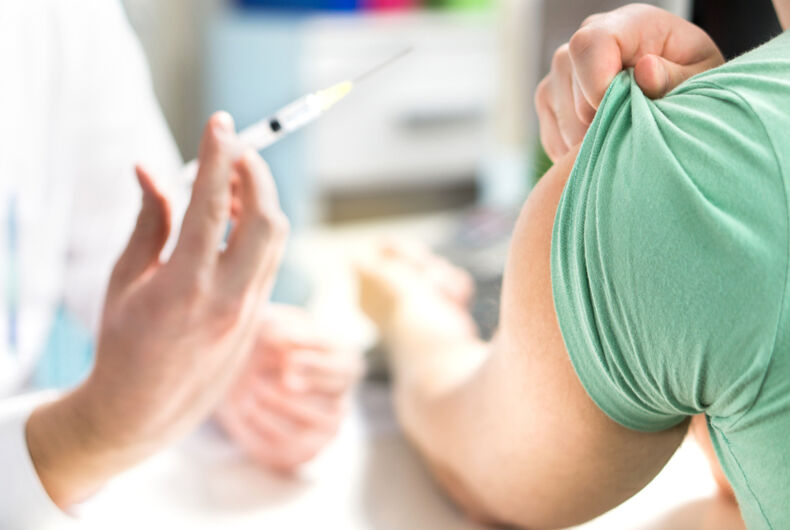 My aunt Bea and her husband lived on an army base where my uncle was stationed in the mid-to-late 1940s. During Bea’s pregnancy, she developed a rash over her body. Her physician diagnosed her symptoms as an allergic reaction to having eaten strawberries.

Within the next six months, several others developed similar symptoms, most of whom had not consumed strawberries, or any type of berries, for that matter. The consensus from the medical staff at the base was that the outbreak was rubella, a form of measles.

Bea’s child, my cousin Barbara, was born deaf and blind with serious intellectual impairments. Bea’s husband sued for divorce shortly following the birth, and Bea and Barbara lived the remainder of their lives with Bea’s parents, my grandparents Abraham and Dorothy.

Bea refused to permit her daughter to attend a residential or day school for children with severe disabilities. Barbara subsequently never learned methods of communication and skills for daily life, and she remained dependent on others into her senior years.

My parents grew up in the 1920s through the 1940s also suffering from all these childhood diseases, from which my father lost all hearing in his left ear. In addition, my mother agonized with a severe case of diphtheria – once a leading cause of childhood death around the world before a vaccine – from which she almost did not recover.

In those mid-century years, no safe and reliable vaccines were yet available to prevent the many childhood diseases. I and my sister suffered from measles in 1954, and later chicken pox (which I thought could only be contracted by playing around in a box filled with chicken parts and feathers). Though it was highly unusual, we both developed cases of mumps in two separate years.

I was thankful to have never contracted whooping cough, which on top of my asthma would have been devastating.

The pain, the fevers, and for the mumps, the swelling was almost unbearable. Some of my peers have experienced lifelong negative side effects from these childhood diseases. In my 70s, due to having been exposed earlier to the measles virus, I developed a serious and extended case of shingles.

When a letter from my elementary school principal arrived at our home in 1955 asking if they would allow me to take part in the first mass inoculations of the newly approved Salk Polio vaccine, my parents literally jumped with joy at the chance. They had seen their friends contracting Polio, some losing their ability to breathe on their own, some losing movement in their legs or arms, some succumbing. They had seen their hero, Franklin Delano Roosevelt, suffering the effects of this terrible virus. Anything they could do to prevent me and my younger sister from this, they were willing to do.

I wish the array of vaccines available today had been around when I was a young child. If they had been, I would not have been at risk for the pain, the lose of schooling and socialization with my peers, and most importantly, the reduction in my chances for a higher quality of life that others were denied due to the disabling conditions.

I have often imagined what my cousin Barbara’s life could have been like if she had not been exposed to rubella in utero, as well as the numerous students under my care when I served as a teacher in the 1970s and early 1980s at Perkins School for the Blind in Watertown, Massachusetts.

How much positively might their lives have been if these vaccines had been available earlier?

Science can now eliminate most of the major viral infections that have plagued humanity for millennia. Unfortunately, fear, misinformation, the vast array of conspiracy theories, ignorance, and arrogance have stood in the way of reaching this objective.

I will not debunk the myths that are circulating about vaccines, for members of scientific public health communities do this so much better.

I will, however, without apology, accuse adults of engaging in blatant child neglect and abuse by rejecting science, or refusing to permit young people in their care of receiving all the recommended vaccines that can prevent numerous diseases from invading their bodies. You are not taking a righteous stand to ensure your personal rights and freedom by doing this! You are, rather, placing our entire public health system in serious jeopardy.

At the very least, you are displaying selfishness.

How will you respond to your growing children when they contract these viruses, some of which result in cancer and lifelong impairments? How will you feel, knowing you could have saved them tremendous pain and suffering — and didn’t? You might respond by telling them that your intentions were good, and, indeed, they may believe they were.

Historical photos of men in love: The oldest picture in the collection