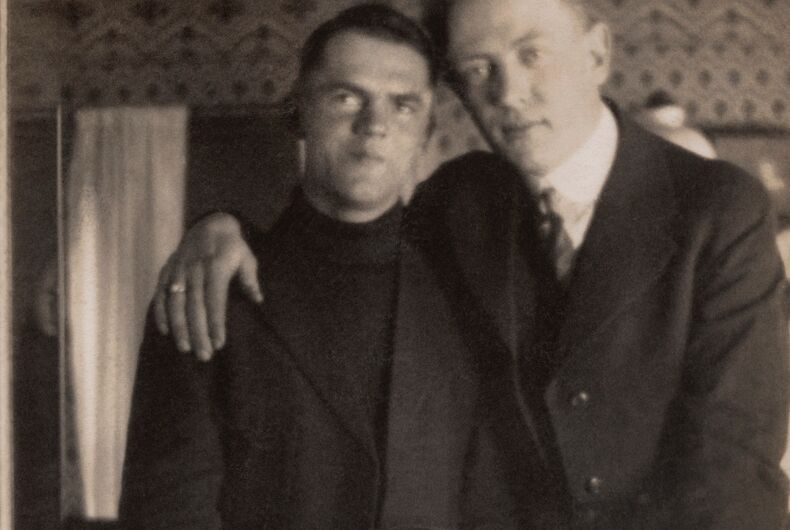 Hugh and Neal: When we acquired this photo, we didn’t realize that this couple was taking their own picture.  It’s a 120-year-old selfie of a romantic male couple.  From a little research, we found an article that described, very accurately, the device used to take one’s own picture more than a century ago: the Faries Shutter Tripper.  Invented by Robert Faries and patented on January 14, 1902, it consisted of a metal cylinder mounted to the camera shutter that is connected by a rubber air hose and operated at the other end by a rubber squeeze balloon in the shape of a ball. When the ball was squeezed, air was forced into the mechanical linkage of the cylinder, which then caused a piston inside the cylinder to trip the shutter.  And that is what appears to have been used in what we’re calling “the first selfie” of a romantic male couple. Below their picture, the two men wrote: “In the mirror” in white ink.