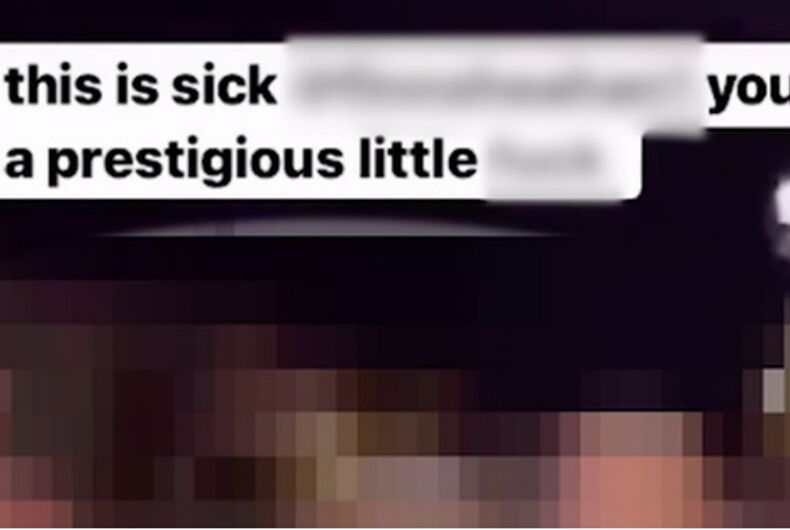 The bullies gleefully ganged up on a bisexual classmate.Photo: Screenshot/Dublin Live

High school students were caught on video singing “For he’s a jolly good faggot” about a classmate they didn’t like who came out as bisexual.

One student who said they were shocked by the video being shared on the social media platform shared it with Dublin Live. The students aid that the classmate they were singing at had just come out as bisexual.

“The people behind this video are by no means friendly or friends with the boy who has just come out,” the student, who has not been named in the media, said. “The whole school is in shock over this. And it’s something that needs to be dealt with quickly.”

“This type of thing is such a pressing matter that tends to get overlooked in all schools with minimal effort and support being put in place to help those of the LGBTQ community.”

A 2017 study commissioned by Ireland’s Minister for Children and Youth Affairs found that one in five LGBTQ young people reported recent harassment and bullying.

“There is recognition of the social advances of recent years – however bullying, discrimination and isolation remain a reality for many young people,” said Una Mullally, the Chair of Ireland’s National LGBT Youth Strategy.