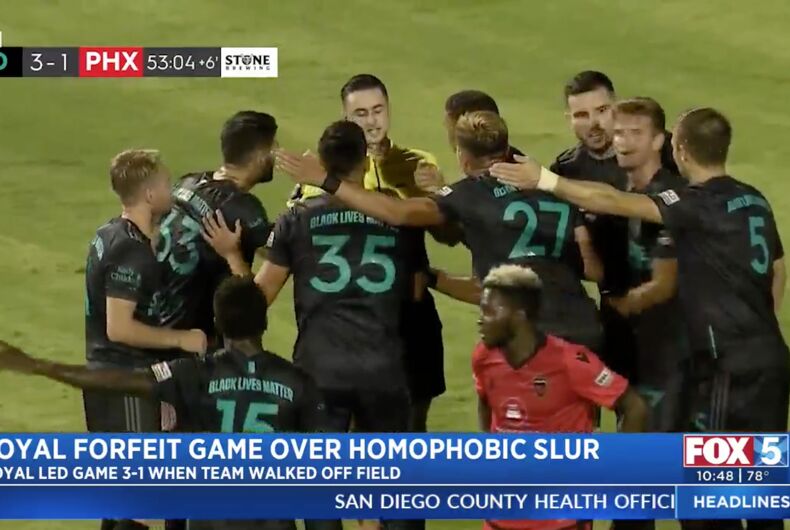 San Diego’s professional men’s soccer team walked off the field mid-game after a Pheonix Rising player used a homophobic slur during the match. The slur was directed at the San Diego Loyal’s midfielder Collin Martin.

Martin is gay. He is the only out player in any of the big five American sports leagues.

Related: A referee stopped a soccer match because of a homophobic chant

The team was in the lead at the time, 3-1. After leaving the field for halftime, the players returned, took a knee, and refused to play.

The team forfeited a match against the LA Galaxy last week after an opposing player used the n-word in reference to Black teammate Elijah Martin.

The decision to forfeit both matches could cost the team a trip to the championships.

Last week we made it loud and clear that we do not stand for racism or homophobia. Nothing has changed this week. 🏳️‍🌈✊🏿 #AllBlackLivesMatter

“The team came into tonight needing a win to stay alive,” Jack Cronin, a sportscaster for Fox5,  said. “The sacrifice that they are making, taking away their own points, made it that much more powerful.”

Neither of the offending teams lost any points.

14 countries ban being transgender. That’s just the tip of the iceberg.