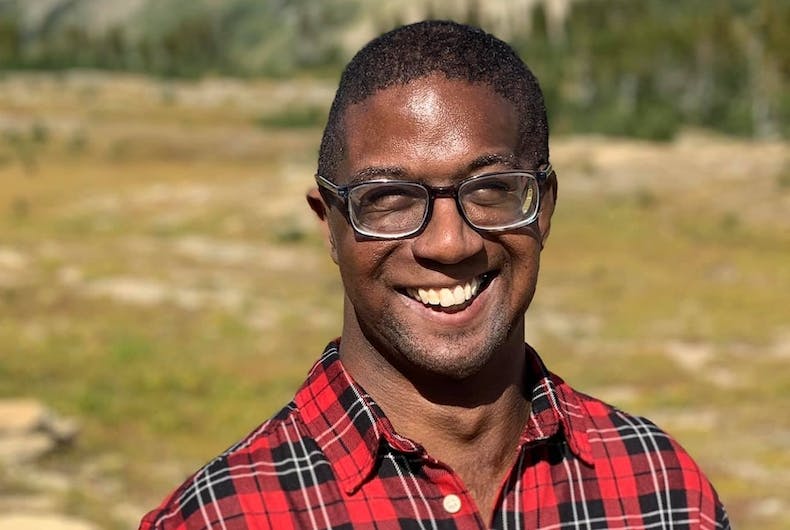 When Reggie Greer signed on as the LGBTQ engagement director for the Biden campaign last March, the country was just at the start of the pandemic. Biden had only emerged as the presumptive nominee a few weeks earlier and his lead in the polls was so narrow that it was still within the margin of error.

Now, more than 200 days later, the election is just a week away, and we’re about to see if the extensive effort Greer has led to secure the LGBTQ vote will pay off.

“It has been a labor of love and a collaborative effort to be able to build a program and outreach effort to any community during a pandemic,” Greer told LGBTQ Nation in an exclusive interview. “It’s been incredibly difficult, but my hat goes off to the amazing LGBTQ organizations, volunteers and pro-equality leaders around the country to work with us.”

Hillary Clinton had a strong LGBTQ outreach effort in 2016, which the Biden campaign has taken to the next level — in spite of the health restrictions that the pandemic has imposed.

The result has been the outreach effort Out for Biden. Greer describes Out for Biden as a series of state councils that allowed local volunteers “a place to come together to plan events and talk about issues important to the LGBTQ+ community and interact with the coordinated campaign in a substantive way.”

Greer acknowledges that the pandemic has had a profound impact on the way the campaign has been run.

“I would have loved to have been with voters during Pride Month,” he says. “I would have loved to have hosted some in-person forums where we were able to talk about some of the amazing parts of Vice President Biden’s plan to advance equality, since there are so many groundbreaking measures in it, but I understand the times we’re in and we have to stay safe and find other ways.”

That has led to creative solutions, like virtual ballot parties. The campaign also organized Drag Out the Vote events, featuring local drag artists in key battleground states like North Carolina, Florida, and Wisconsin.

For the final sprint, the campaign is pulling out all the stops; a Drag Out the Vote event today in Las Vegas that features Cher. She’s leading a “a Pride Drive to the Polls” with prospective Biden-Harris voters.

“All of these wonderful LGBTQ-centered events are designed to ensure that LGBTQ+ voters are getting out to vote and are being informed in a way that empowers them,” says Greer. “With ten days out, Vice President Biden is still fighting for every last LGBTQ voter and pro-equality voter, knowing it’s going to take a really strong coalition to restore the soul of the nation.”

Of course, pushing Trump out of office is the big motivating factor for many LGBTQ voters. The president’s track record of destroying the community’s gains  has earned him the enmity of most of the LGBTQ community. A September poll by GLAAD found that more than two-thirds of the LGBTQ+ voters surveyed had a “very unfavorable” view of Trump.

“I can’t say that I’m surprised that Donald Trump has used government to attack marginalized communities so much,” says Greer. “I expected it. But I knew I couldn’t stay on the sidelines this election cycle.”

However, Greer stresses that Biden’s platform is not just about undoing the damage Trump has done.

“LGBTQ equality is a top priority for the Vice President,” Greer pledges. “He will build an administration that will not only fight for our community and push our issues, but he is going to defend [LGBTQ people] against attacks on our rights, including any attacks on marriage equality itself.”

As for voters who might be concerned that LGBTQ issues will end up on the back burner because of the economic and health crises the new administration would face, Greer paraphrases a Biden  quote from the second presidential debate: “We have to be able to walk and chew gum at the same time.”

As a gay Black man with a disability – a congenital condition that led to multiple surgeries when he was a child – Greer says “this election for me was very, very personal.”

Before joining the Biden campaign, Greer was director of constituent engagement at the LGBTQ Victory Institute and served in the Obama administration. His work on the campaign has inevitably been a learning experience for Greer, in a deeply personal way.

“Maybe the lesson is not necessarily new for me, but it has been reaffirmed,” he says. “When you follow your heart with something, you can never lose.”

If the polls are right, the voters will agree.