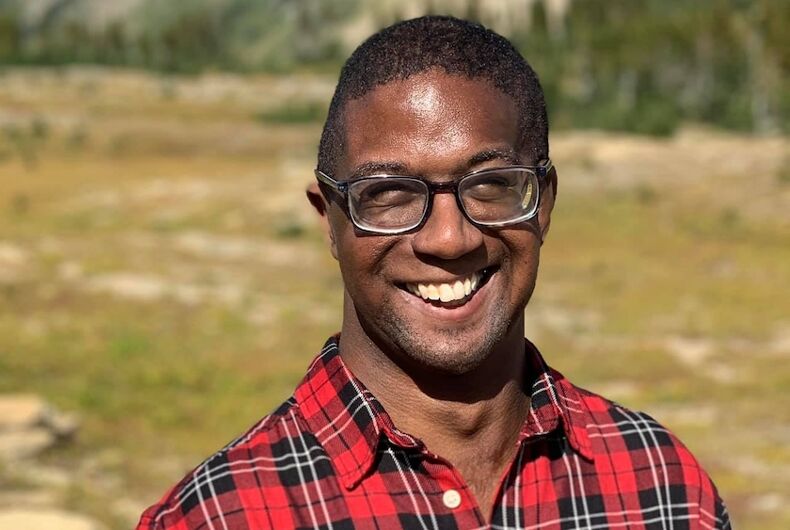 While the coronavirus has bumped the presidential campaign from most people’s minds, former Vice President Joe Biden is laying the groundwork for the November election.

Highlighting the extent to which Democrats see LGBTQ voters as a core constituency, Biden today named Reggie Greer, director of constituent engagement at the LGBTQ Victory Institute, as director of the campaign’s LGBTQ vote effort.

Related: Joe Biden officiated his first wedding – and it was for a gay couple

Thanks to his work at the Victory Institute, Greer is well connected to the network of LGBTQ elected officials across the nation. He has served as the liaison between the Institute and elected and appointed officials, as well as planning the organization’s Leadership Summit trainings.

Especially noteworthy for the Biden campaign is Greer’s work on the Institute’s Presidential Appointment Initiative, a program meant to identify potential LGBTQ appointees to a pro-equality administration.

“We are so honored and excited to have Reggie join our campaign,” said Erin Wilson, national political director for the Biden campaign. “Reggie understands the consequence of this moment in history and the impact this election will have on the lives of LGBTQ+ in America and around the world for generations to come.”

Greer has been working in politics for years, including as a field organizer for President Barack Obama’s re-election campaign. As a Millennial, Greer can help bridge the generational divide that Biden has with some LGBTQ voters because of his long record.  He can also testify firsthand to Biden’s commitment to LGBTQ rights.

“As a young, black appointee in the Obama-Biden administration, I had the opportunity to see and learn firsthand from Vice President Biden’s dedication to LGBTQ+ advocacy, his willingness to ensure LGBTQ+ voices were at important decision-making tables, and his lifelong commitment to elevating the most marginalized across various communities,” Greer said in a statement.

Of course, there’s never going to be a comparable position in the Trump campaign. The best anyone can hope for is Richard Grenell, who has been described as “a noxious pro-Trump troll” who regularly lied to reporters.

Just another reminder of the difference between the candidates  and what’s at stake in November – as if you needed another right now.